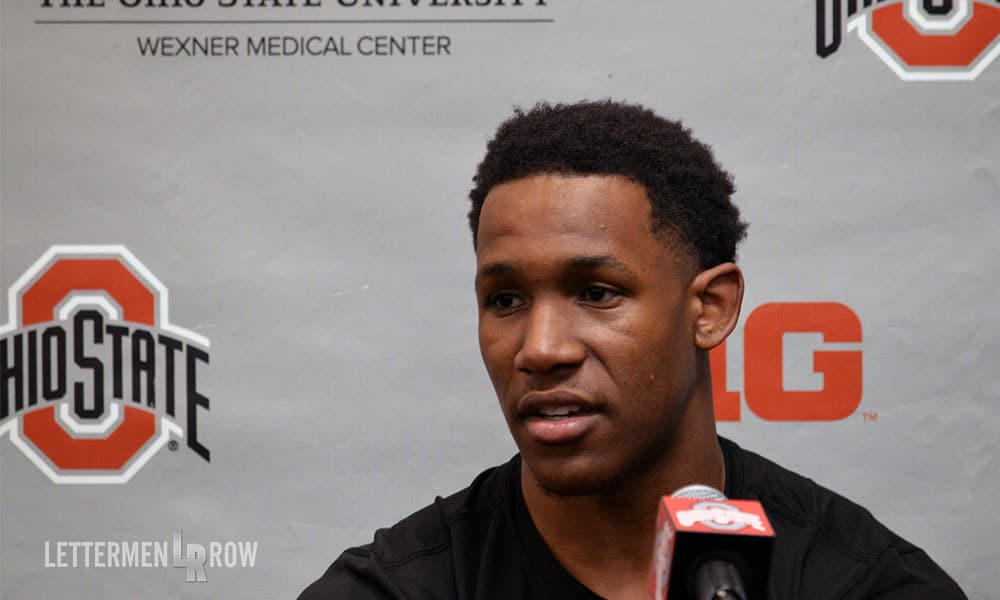 COLUMBUS — A revamped Ohio State backcourt had something of a head start on establishing new chemistry even before Keyshawn Woods arrived on campus.

Sure, it has been a few years since C.J. Jackson ] faced off against the graduate transfer from Wake Forest when the two were growing up in North Carolina. And, of course, playing on separate teams isn’t the same as putting on the same uniform and figuring out the right way to blend their talents together at the guard spots for the Buckeyes.

But any familiarity at all can help provide a boost, which both Jackson and Woods can now start building on during the summer for what looks like an Ohio State team that could be leaning on them heavily by the time the season rolls around.

“Yeah, I probably played him like four or five times before I came here,” Jackson said. “As a player, he can shoot the ball. He’s just a player who knows how to play the game, and there are not that many people like that now. I knew that from before, I know he had a really good shooting game in one of the games that we played, he can defend multiple positions, so that will help us this year.

“And he’s real easy to get along with off the court.”

That relationship still has time to develop, and it will likely be one of the most important factors for Ohio State as it looks to take last year’s unexpected success in Chris Holtmann’s first season and expand on it.

It’s no secret that the Buckeyes will look different without Keita Bates-Diop around to stuff the stats sheet again this season. But the backcourt is also going through a renovation period with Kam Williams and Andrew Dakich both gone, and given his size and versatility, it’s fair to throw the graduation of Jae’Sean Tate into the mix as well. 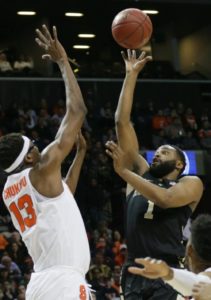 Those departures are exactly why Holtmann made landing a graduate transfer who could handle the basketball, knock down perimeter shots and provide leadership his top priority this offseason. And Woods checked all of those boxes after a couple productive seasons with the Demon Deacons.

It’s still a bit premature to figure out exactly how he and Jackson fit together on the floor. But the early returns have already been positive with a pair of Buckeyes who are likely going to be setting the tone for another potential run to the NCAA Tournament.

“We’re just kind of getting started playing together, open gyms, two-on-two, but so far I feel like we’re meshing pretty good,” Jackson said. “Just being able to read each other and play off each other, that will definitely be big this season. So far, so good.

“Definitely just based on what we have on paper, we have more guards, more guys that can handle the ball, make a little more decisions like coming off ball-screens and things like that. So, it should be a lot more competitive in practice, and I’m excited just to see what the new guys have and what the old guys bring to the table as well.”

Jackson is officially one of those veterans now, and he knows it.

After a workout earlier in the week, the senior stressed the importance of understanding this is his last opportunity with the Buckeyes — which drives home the importance of doing it right and embracing a leadership role.

Now, of course, he’s got a familiar face from the past to help him along the way.

“[Woods] just knows how to play,” Jackson said. “Like if a guy hits two in a row, it’s not really a my-turn shot. You try to look for your teammate, and things like that might be real small or minor, but they go a long way as far as chemistry and bond for a team — especially when you’re playing in a hostile environment on the road.

“That just instills trust, and you’ve got to have that.”

The new Ohio State backcourt is working on it now. And it never hurts to have even the slightest jump start on the process.