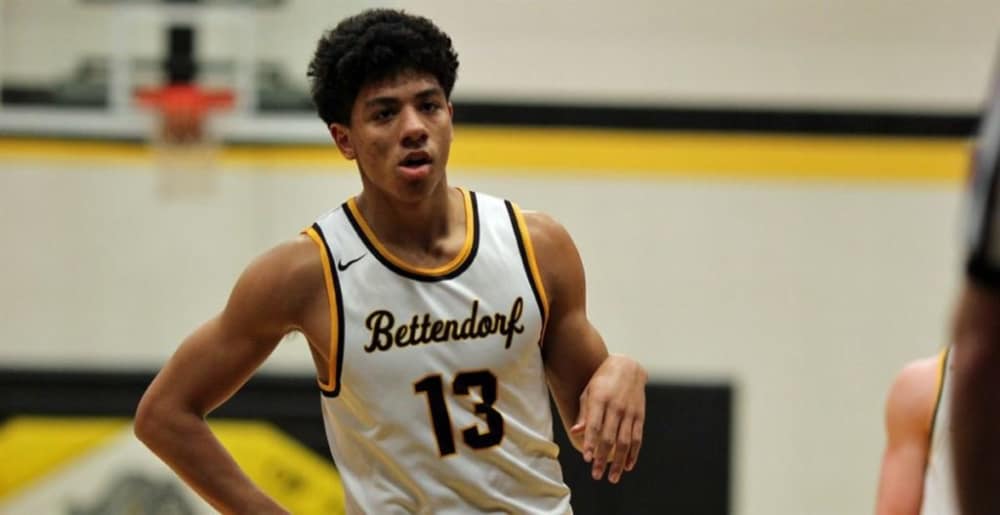 Chris Holtmann inherited a slipping Ohio State basketball team — with the added degree of difficulty of following a legend — but he’s spent the last 13 months showing exactly why the Buckeyes were right to place their faith in him to lead the program. On Saturday, 5-star point guard DJ Carton committed to Ohio State over fellow Big Ten programs Indiana and Michigan, giving the Buckeyes another huge piece in their program rebuild.

Here’s what to know about DJ Carton and what his commitment means for Ohio State basketball going forward.

Holtmann’s success will hinge upon whether or not Ohio State can get elite players to come to Columbus. When Thad Matta was signing top talent, the Buckeyes won. When the elite recruits disappeared (or, in the case of the 2015 class, didn’t pan out or transferred), so did the wins. Ohio State has its share of advantages, but it’s also not the easiest place to recruit to. Kentucky is within driving distance for elite in-state recruits, and Duke and North Carolina aren’t far away either. Battling other teams in one of college basketball’s best conferences also presents problems. There are going to be times where Kentucky offers can’t get beat, and there are going to be times when Michigan State, Indiana, Wisconsin or Michigan gets the better of the Buckeyes. But Ohio State needs to win some of those fights, and Holtmann is.

Carton is the No. 2 point guard in the Class of 2019, and he’s the No. 21 overall prospect. That’s a big deal. He’s the type of player who can be a legitimate difference maker, and Ohio State needs that. The Buckeyes didn’t recruit nearly well enough in the final years of the Matta era, and Holtmann needs to replenish a roster that just lost a boatload of seniors and the Big Ten player of the year. Along with 4-star small forward Alonzo Gaffney, Ohio State now has two of the top 30 recruits in the Class of 2019. That’s how you build a winning program.

Beating rivals makes it even better

It’s always good to win big recruiting battles, but it’s even sweeter when those victories come against opponents. Carton’s three finalists were Ohio State, Michigan and Indiana. (And it’s also worth noting that as an Iowa native, he spurned the home-state Hawkeyes before his decision by not including them in his final three.) Michigan finished as the NCAA Tournament runner-up in 2018, and Indiana is on the rise under new head coach Archie Miller.

It’s huge for the Buckeyes to beat those programs for players like this. Recruiting is a zero-sum game. Landing Carton not only gives the Buckeyes a huge weapon, it also keeps them from having to play against him.

Point guard is a position of need for Ohio State

Landing players of this caliber is huge at any position, but Ohio State *needs* a point guard going forward. The Buckeyes are just months removed from surviving an entire season of using walk-on graduate transfer Andrew Dakich as the backup point guard. By the time Carton arrives, C.J. Jackson and Wake Forest grad transfer Keyshawn Woods will be out of eligibility. The Buckeyes will gain the services of Florida State transfer CJ Walker, who has to sit out this season but can play in 2019-20, but adding depth and talent is still crucial.

This is why Chris Holtmann came to Ohio State

Why would Chris Holtmann leave a great situation at Butler? He was winning plenty of games, but the Ohio State brand gets the coaching staff into more living rooms than Butler did. Here’s what assistant coach Mike Schrage said in June 2017 when the staff was introduced.

“Coach Holtmann, you wouldn’t believe the amount of opportunities he’s passed on the last few years, high major jobs,” Schrage said. “Ohio State was a different beast. I think part of it is us realizing in recruiting the name carries a lot of weight. I think it’s a top-10 school and certainly program in the country. ”

“We’re recruiting at a pretty high level already but there’s no doubt in our mind that we can get involved with more guys. I can see that already. Started touching base with certain recruits at certain times already since we’ve been here and it carries a lot of weight to put Ohio State behind you.”

If Holtmann is still at Butler, recruits like Carton would be out of reach. But he’s at Ohio State, and it’s looking more and more like a perfect pairing.

Don’t forget Ohio State was playing from behind

Another huge takeaway: When DJ Carton set foot on Ohio State’s campus, an overwhelming amount of 247Sports crystal ball picks pegged him as an eventual Michigan commit. Just days after arriving, he committed to Ohio State.

It’s one thing to win as a favorite, and it’s another to do so while coming from behind. Ohio State now knows it can swing a recruitment with an official visit, and that’s incredibly valuable information to have. Bonus points for doing it in difficult circumstances, as Holtmann had to shuttle back and forth between Atlanta and Columbus because of the recruiting work needing to be done at the Peach Jam.