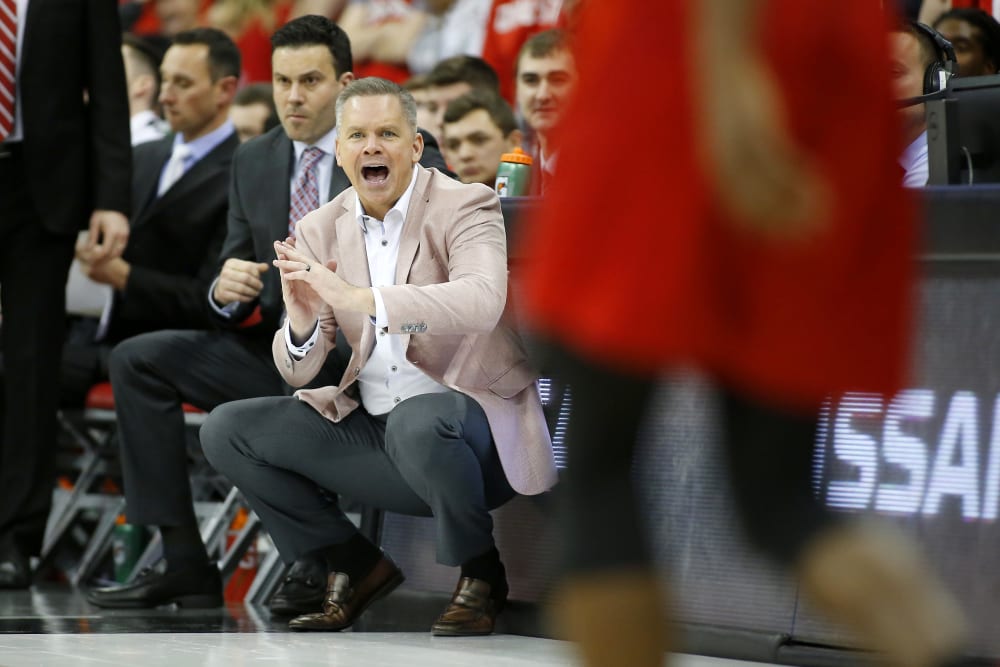 COLUMBUS — Chris Holtmann was finally able to wear a smile again as the Ohio State coach strutted toward the podium wearing his rarely-seen salmon-colored sports coat.

The third-year leader of the Buckeyes had gone through four straight losing press conferences, and it was about time he broke down a win.

Holtmann’s look of relief after the first win in 24 days was a signal that at least for one night, the Buckeyes offensive flaws had been erased and an outburst could become a new normal. It showed that CJ Walker and D.J. Carton, who each played nearly every minute and only had six combined turnovers, can lead the backcourt and the Buckeyes to make a Big Ten push. It was a sign that Ohio State might have returned to form after four games of futility.

Is all that true? Or was the 80-68 win over a 7-10 Nebraska team with a transitional roster and a first-year coach merely one win?

Holtmann and the Buckeyes will have to decide if the win is the former or the latter. For now, they’ll enjoy one, however it comes and whatever it means.

“It’s been a while since I sat in front of you in a good mood,” Holtmann joked. “Feels like forever.

“Really proud of our guys. I thought we competed and were able to, defensively, set the tone.”

There it is. Holtmann was proud of the Buckeyes for bouncing back from a rough stretch in which the Buckeyes couldn’t score more than 58 points in four straight games. Guards turned the ball over. Players got in foul trouble. But they worked through the skid and found a way out, at least for a night against a bad team, even without two of their main role players, who were suspended prior to the game by Holtmann.

Carton and Walker were a dominant duo in the backcourt. The surrounding cast played with confidence. Andre Wesson knocked down shots from the outside. Six Buckeyes were in double-figures scoring. Foul trouble was non-existent.

Can they sustain it, though? If Ohio State can go on the road Saturday and beat Penn State, the answer will be obvious. If not, it might be back to the whiteboard for Holtmann and his staff. 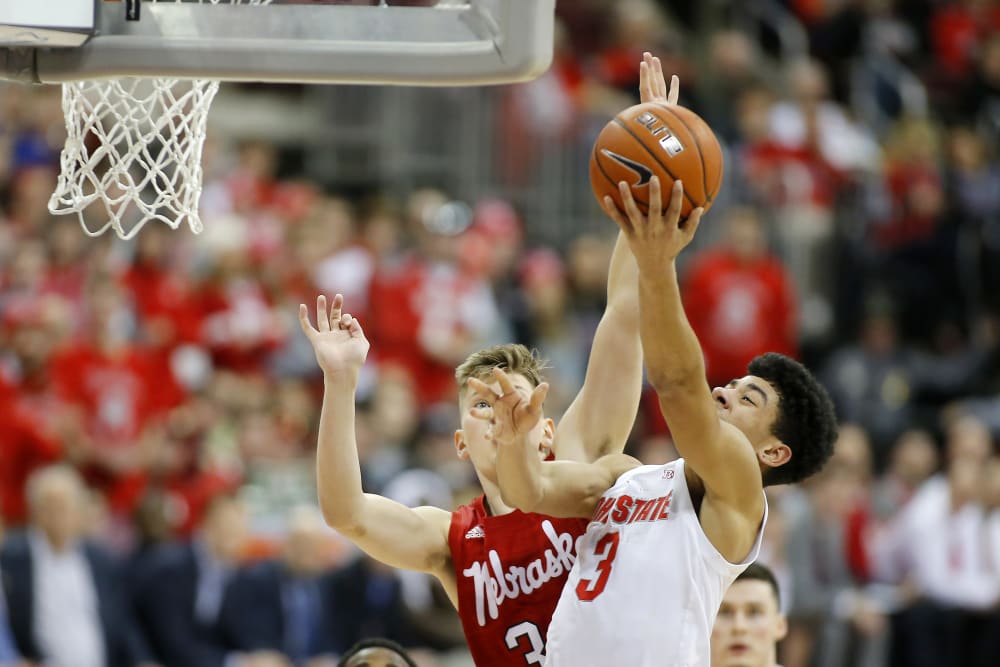 “I tried to make that point with also letting them enjoy tonight,” Holtmann said. “I told them it was great to see smiles on their faces. But we need to play better in certain areas. I think we all understand what we’re going to see on Saturday in terms of that environment, as motivated as Penn State will be as a really good team. I think it’s a message that I have to continue to communicate the rest of this week.”

The win certainly will build confidence moving forward for the Buckeyes. After the offensive lull from the last four games, Ohio State finally saw shots fall in multiples for the first time in what feels like an eternity. The Buckeyes knocked down 55 percent of their shots and 45 percent of their 3-point attempts.

The sight of shots falling can help a team as much as anything.

“It’s huge,” Kaleb Wesson said. “Just seeing them go down, it builds confidence up. Being able to run your offense, get in the motion and get in the rhythm, it’s good.”

Holtmann praised the ball movement of the offense and guard play more than he credited the shots falling down, but he knows that’s part of the game that was missing for the Buckeyes during the losing streak.

But the losses, both at home and on the road, are behind Ohio State. And now, the focus shifts to making what happened against Nebraska sustainable over the next couple weeks to string wins together and claw back into the crowded Big Ten race.

“It was not a perfect game,” Holtmann said. “There’s errors that we made that we have to clean up, attention to detail stuff we have to get better at.

“But it’s certainly good to get a win and move forward.”

A win over Nebraska does not erase weeks of bottom of the conference type of playing. Take the momentum from this win and build on it

Afraid it is the latter. Why didn’t Gaffney get more playing time in this game? Thought he was playing his best ball this year and then hew was on the bench.