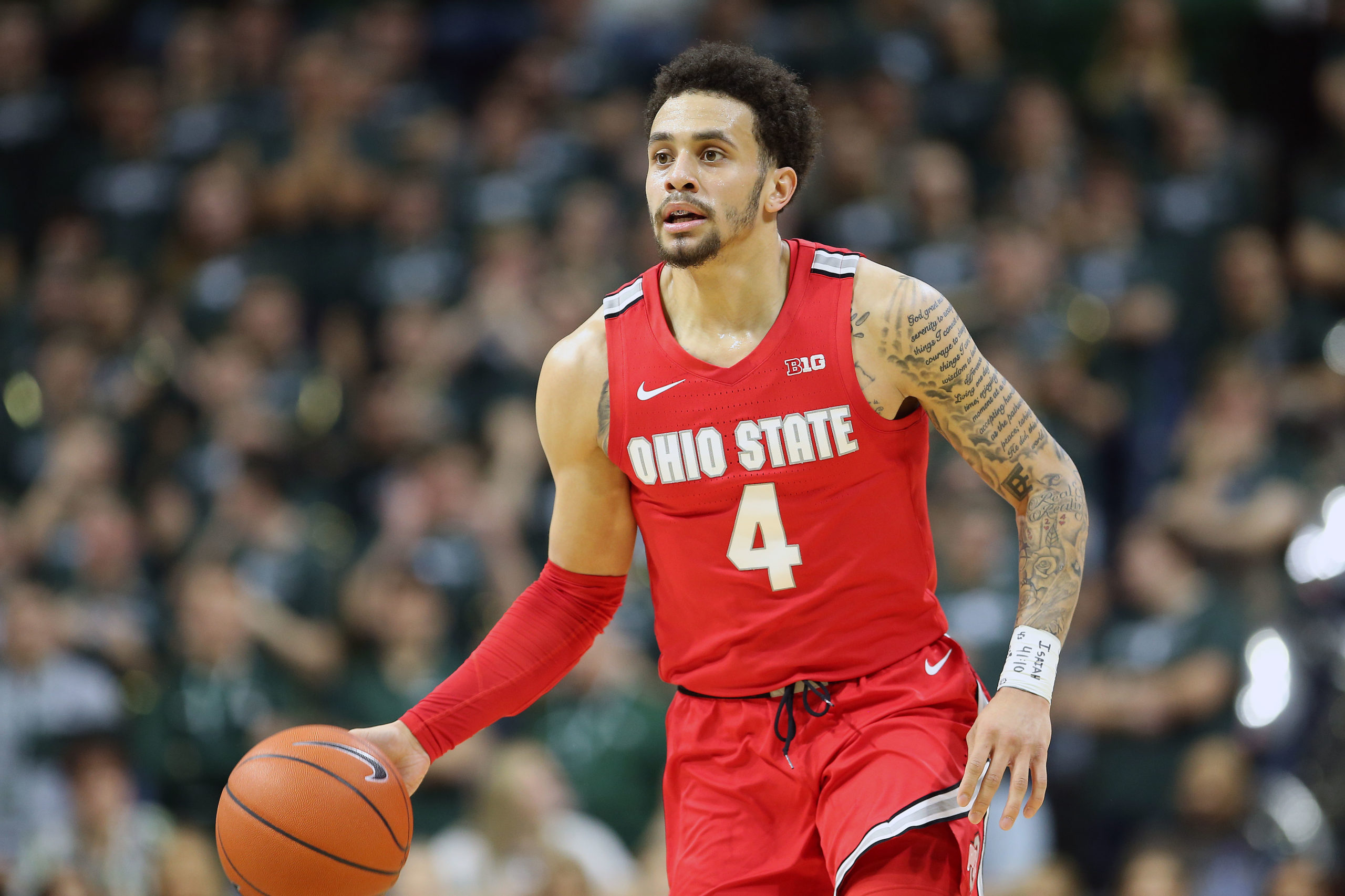 This was never going to be an easy game for No. 19 Ohio State.

Even as the Buckeyes hit the road riding a four-game win streak, No. 16 Michigan State is always difficult to beat at home. And the Buckeyes were unable to overcome the Spartans in an 80-69 defeat to close out the regular season.

The Buckeyes twice tied the game in the second half and seemed to grab rare road momentum, but they were unable to take the lead at any point in the final 35 minutes Sunday afternoon. And while they were just trying to catch up and find a way to take the lead, the Spartans expanded it to put the game out of reach for the final minutes of the regular season.

Ohio State finishes the regular season 21-10 and 11-9 in the Big Ten, which is a good finish considering where the Buckeyes were in a little more than a month ago — 2-6 in conference play and 12-7 overall. Coach Chris Holtmann and the Buckeyes are likely still pleased with how the final month of the season turned out. But now the attention turns to the postseason, where the Buckeyes will have a chance to play their way to a Big Ten Tournament title and a decent seeding in the NCAA Tournament.

Before any of that, Lettermen Row is breaking down the Buckeyes loss to the Spartans with Three Points.

Ohio State has had a lot of success this season when it out-rebounds its opponent. The Buckeyes had only been out-rebounded four times entering the game against the Spartans; they were 1-3 in those contests. Now, they’re 1-4. Michigan State beat Ohio State up on the glass. The Buckeyes gave up six offensive rebounds in the first half alone, and they allowed 11 for the game in total. The Spartans did a great job of crashing the glass and making the Buckeyes pay, which led to 14 second-chance points. Ohio State had been doing a good job of keeping teams under control despite starting three guards. But Michigan State out-rebounded the Buckeyes, and it turned out to be a huge difference-maker in the season finale.

Yes, Cassius Winston is one of the Big Ten’s best players, and he might even qualify as one of the best guards in the country. But the Buckeyes have been able to slow down many of the elite players they have faced this season — until they played Winston. Luther Muhammad, a more-than-capable defender against good players, was the primary defender on Winston, but it was still hard to slow him down.

Winston finished with 27 points and six assists to lead the Spartans, and Ohio State had no answer for the senior on his Senior Day. Maybe if the Buckeyes see the Spartans in Indianapolis next week for a rematch, they’ll be able to slow down one of the Big Ten’s best. But that simply didn’t happen Sunday.

Since D.J. Carton left the program for personal reasons, C.J. Walker has been forced to assume the lone point guard slot for the Buckeyes. Walker has taken the challenge and ran with it. His 14 points helped keep the Buckeyes within reach for most of the game, and even in the loss, Walker continued to show the growth he has made since November. But down the stretch, Walker found himself in foul trouble, picking up his fourth foul with more than nine minutes remaining. The Spartans lead ballooned from there.

Ohio State will now enter the Big Ten Tournament already settled into the field of 68 for the NCAA Tournament. To win in both a league and national title, the Buckeyes need Walker to stay out of foul trouble and continue the recent tear of play. If he can do those things for Chris Holtmann, the Buckeyes can keep up with any team in the country.