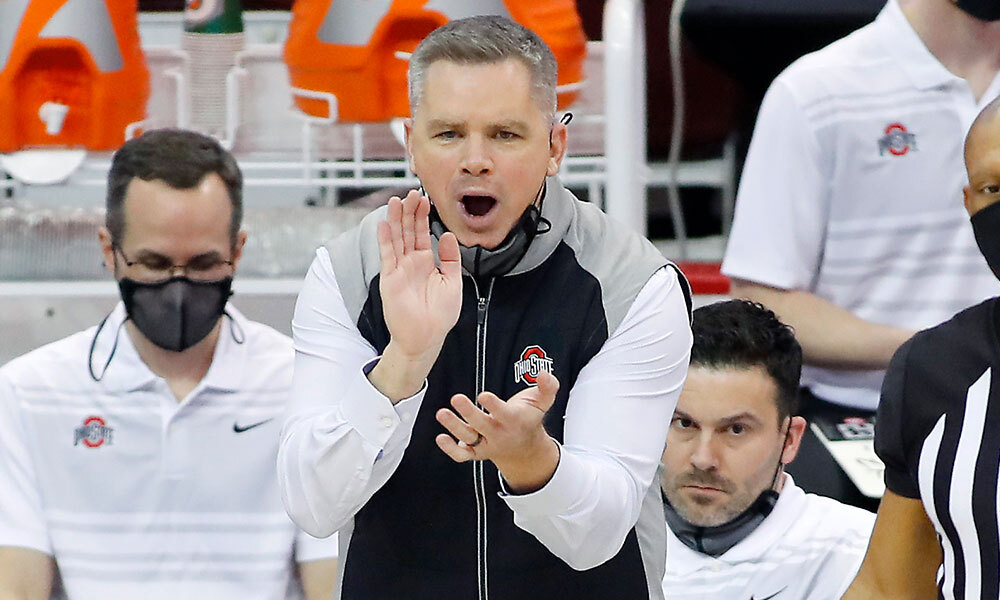 The Nittany Lions have struggled this season and have a losing record on the year, sure, but Ohio State always has trouble in State College. And with a top-five matchup against Michigan on deck, it could have been easy for the Buckeyes to overlook Penn State.

Thursday night was yet another battle between Ohio State and Penn State, but this time, the No. 4 Buckeyes used a big second-half run to pull out a 92-82 win to earn their seventh-straight win and first win at Penn State since 2017.

Ohio State (18-4, 12-4 Big Ten) trailed by eight midway through the second half before using an 18-2 run to claw back and regain the lead for good. The Buckeyes were led by the lethal duo of E.J. Liddell and Duane Washington, who have been the steady offensive hands for this team all season.

Now they can turn their focus to their top-five matchup against No. 3 Michigan on Sunday, a game that could be the Game of the Year in the Big Ten. But before the Buckeyes can officially move on to that massive tilt this weekend, Lettermen Row is breaking down how they held off a feisty Penn State team for yet another tough Big Ten road win.

Ohio State led for much of the first half, but the beginning of the second half was a struggle. As the Nittany Lions continued to hit shot after shot, the Buckeyes found themselves in foul trouble, sending leading scorer E.J. Liddell and valuable post presence Zed Key to the bench. And while Ohio State’s best scoring option was on the bench, Penn State built an eight-point lead. The Buckeyes responded with a 18-2 run midway through the second half to regain the lead and build on it for the program’s seventh straight win and first win in State College since 2017. Liddell helped when he could in the second half, while Duane Washington and C.J. Walker powered the Buckeyes to that massive run that proved to be the difference in the game and helped the Buckeyes preserve their winning streak.

Ohio State and Penn State have two of the top 40 offenses in the country, so it came as no surprise to see the two get locked into a shootout. That’s exactly what happened Thursday night in State College. Ohio State — currently the fourth-best offensive efficiency team in the country — shot 65 percent from the field and hit six 3-pointers. Penn State shot 54 percent and hit seven 3s. Both teams seemed locked in, as the Buckeyes held a narrow lead at the half of the high-scoring game.

The Buckeyes finished the game with 11 3-pointers, shot 57 percent from the floor and had 19 assists on 30 made field goals in total. Their 91 points scored is the most points in conference play this season. Penn State battled and hung around, but the Buckeyes were able to make shots, mount a massive second-half run and come away with a huge win against the Nittany Lions.

If E.J. Liddell and Duane Washington are scoring the basketball well, it’s going to be tough to beat the Buckeyes. The dynamic duo combined for 44 points to lead the high-powered Ohio State offense, which is what they have been doing all season for Chris Holtmann. Liddell struggled through foul trouble throughout the second half and still led the Buckeyes in scoring and rebounds, while Washington was on the floor helping the Buckeyes overcome a deficit in the second half to earn another win. C.J. Walker, Justin Ahrens and even Musa Jallow pitched in on the offensive effort, but as usual, Liddell and Washington led the way. And if they continue to do so, these Buckeyes will pose a tough task for the rest of the regular season — and beyond.