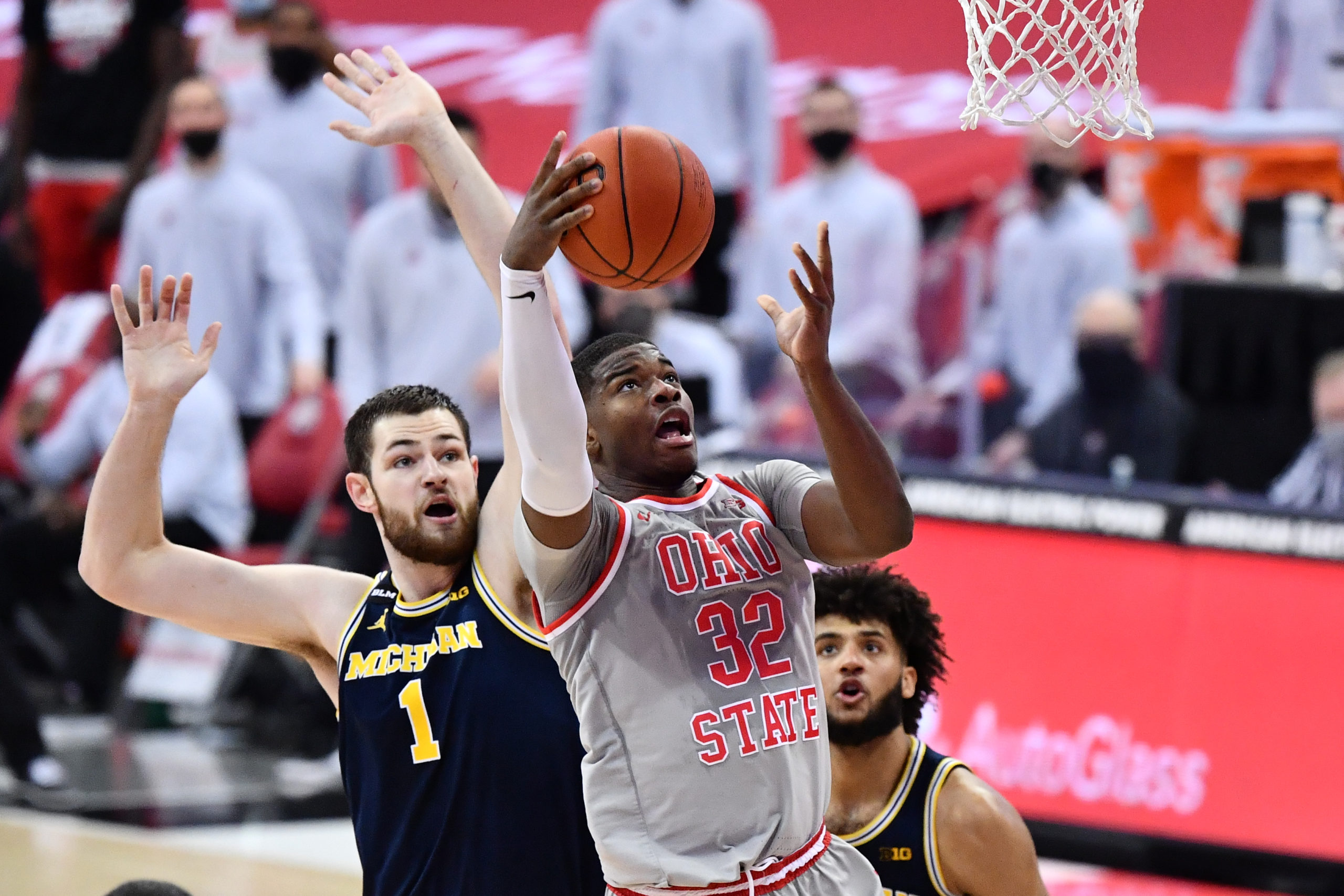 E.J. Liddell and the Buckeyes played an instant classic against Michigan on Sunday. (Photo by Jamie Sabau/Getty Images)

COLUMBUS — The latest installment of the Ohio State rivalry with Michigan lived up to the build-up.

Both teams proved they belong in the national championship conversation this late in February, playing a Final-Four caliber game Sunday afternoon. But the Buckeyes were outlasted in the second half and fell to the rival Wolverines 92-87 inside the Schottenstein Center.

No. 4 Ohio State matched No. 3 Michigan shot-for-shot throughout the game and pushed the Wolverines, but ultimately fell short and was outlasted in one of the best Big Ten basketball games of the season. The loss snaps a seven-game win streak for Ohio State (18-5, 12-5 Big Ten), and it’s the first Buckeyes loss to Michigan in Columbus in the last six games.

Lettermen Row is breaking down Three Points from the instant classic rivalry showdown in Columbus. 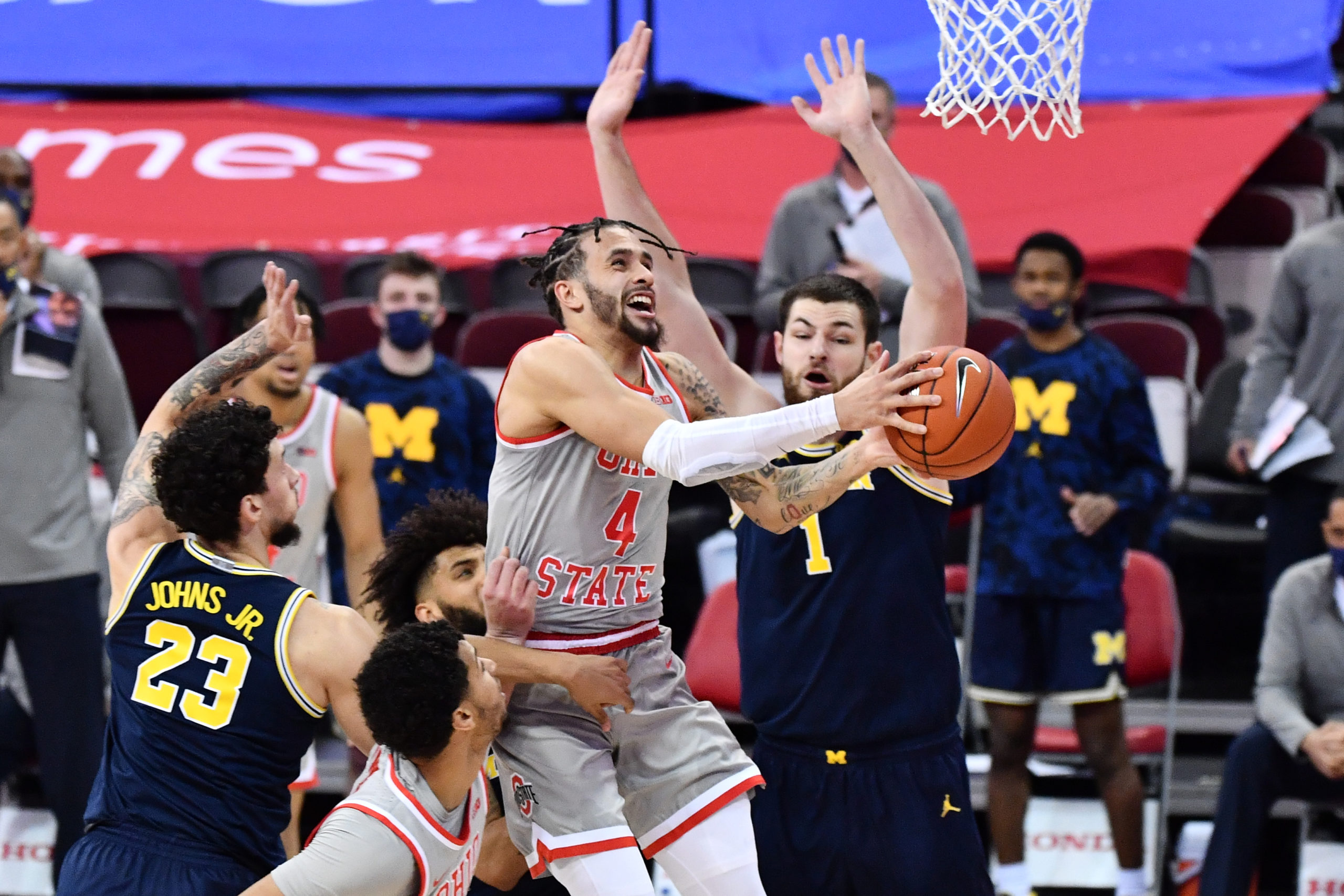 Duane Washington Jr. had a career high for the Buckeyes. (Jamie Sabau/Getty Images)

Duane Washington has been a go-to scoring option for the Buckeyes all season. But when they needed Washington most, he delivered one of the best games of his career. Washington scored a career-high 30 points, leading Ohio State and keeping them in the game as E.J. Liddell continued to help him lead the way for the Buckeyes on the offensive end. Liddell had a double-double with 23 points and 10 rebounds. Washington didn’t slow down, hitting deep shots early to keep pace with the Wolverines and continuing to find ways to score down the stretch. Even in the Ohio State loss, Washington and Liddell proved they can carry the Buckeyes and compete with the other top teams in college basketball, something they’ll need to do in the next month.

This game between two high-level basketball teams that are projected to be No. 1 seeds lived up to the hype. Michigan hit 10 first-half 3-pointers and hit 11 shots from beyond the arc for the game. Ohio State shot the ball well and rarely turned it over early. The rivals traded shots and never backed down in the rivalry game. Michigan outlasted Ohio State in the end, but both teams still deserve their top-five rankings, and they likely will both remain in the conversations for those No. 1 seeds in the Big Dance with just three weeks remaining until Selection Sunday. The top-five thriller in Columbus certainly featured two of the best teams in college basketball, but Michigan came out on top in the heavyweight battle. 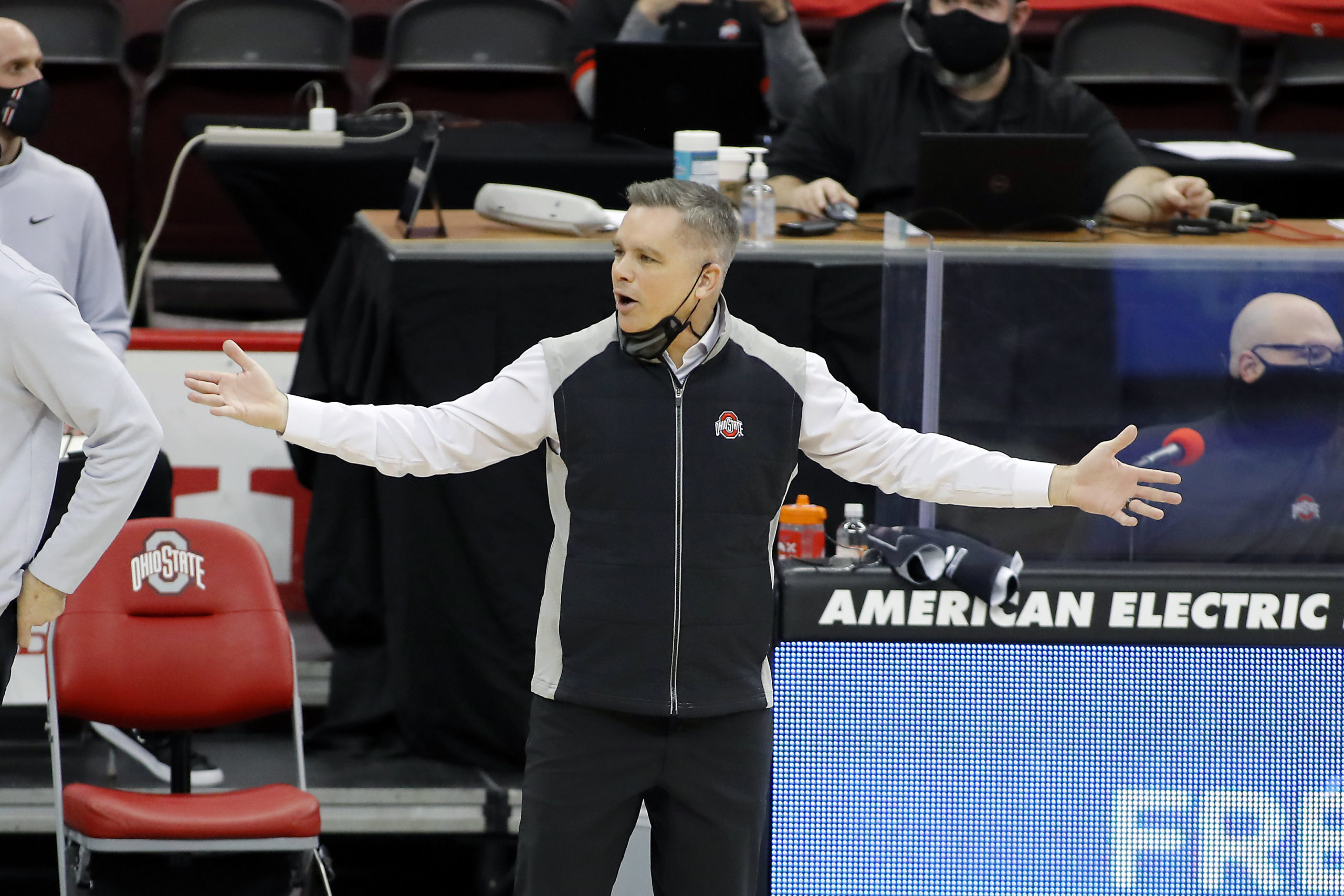 Ohio State proved its one of the top teams in the country — even in the loss to a fellow top-five team. After a road trip to Michigan State, which is trying to play its way into an NCAA Tournament berth, the Buckeyes will finish the season with two home games against No. 11 Iowa and No. 5 Illinois, two teams the Buckeyes have defeated on the road this season. The unforgiving Big Ten gauntlet will test the Buckeyes even more now after just their second loss in their last 12 games, with two more conference — and national — heavyweights coming to Columbus. And that all will happen before the rigorous Big Ten tournament early next month. It won’t get any easier for the Buckeyes — but that’s life in the Big Ten, the best conference in the country.