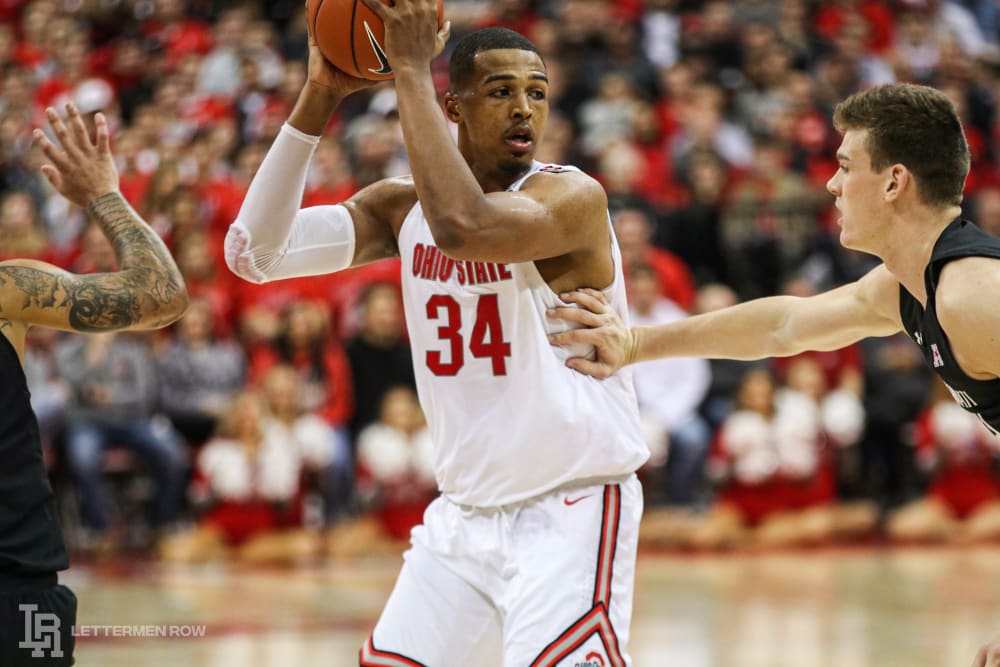 COLUMBUS — Ohio State coach Chris Holtmann knows all eyes around campus haven’t been on the basketball team since the beginning of the season.

But at No. 5 in the country, with an 11-2 record and with wins over three of the country’s elite program, Holtmann and the Buckeyes are ready for the spotlight as the calendar turned and the football season came to a close.

Although the national attention from the college basketball world has noticed what Ohio State seems to be, Holtmann is still unsure of what he should think about the Buckeyes. He’s getting close to having an answer.

“If you get to 10-to-15 games of like competition, I think that’s when you generally get a pretty good gauge on where your team is at,” Holtmann said. “You get to 15 of those games against similar competition, at that point you’re in mid-January, I think at that point you get a pretty good gauge on at least where you’re at. I don’t know if you ever know for sure what your ceiling is — or your basement is for that matter.

“I think you learn a whole lot more when you’re 10-to-15 games against similar competition.”

The Buckeyes are in the thick of playing like-competition. Their most recent game was somewhat of a wake-up call with a loss against West Virginia. Now that Big Ten play is here, a date with a resurgent Wisconsin team is up next. Holtmann is about to officially find out what Ohio State has for the remainder of the season.

Before the Buckeyes take on the Badgers at home Friday night, Lettermen Row is recapping what might have been missed through two months of the season as conference play begins to heat up.

Kaleb Wesson appears to have made the right decision last spring when the big man chose to come back to Ohio State following the pre-NBA Draft process. After an offseason full of weight loss and shaping a new body, Wesson has been dominant through 13 games, seeing his hard work pay off. The junior from Westerville is averaging 14 points and 9 rebounds per game to lead the Buckeyes to their fantastic start to the season.

But Wesson isn’t playing the same way he had through two seasons. He is becoming even more dangerous shooting 3-pointers, something that has helped the Buckeyes spread the ball around the perimeter. Wesson is 19-of-43 from outside this season, good for 44-percent shooting percentage from beyond the arc. If he continues to put those numbers up in Big Ten play, he might find himself on a couple All-America lists in March.

At first glance of Ohio State’s schedule before the season started, a few games were easily identifiable. A home game against Villanova on the third night of the season, a road trip to North Carolina as part of the Big Ten-ACC Challenge and a neutral-site matchup with Kentucky in Las Vegas were the headliners. A home game against Cincinnati and a neutral-court date with West Virginia were the secondary matchups to watch.

The Buckeyes went 4-1 in those games. They smacked Villanova and North Carolina, each by more than 20 points. The win over Kentucky came down to the last few minutes. The only games the Buckeyes lost were a road game at Minnesota and the matchup against West Virginia, when they had an uncharacteristic 22 turnovers.

Ohio State has already shown an ability to beat some of the most storied programs in college basketball and play in big games against huge opponents. That’ll help Chris Holtmann’s team in the NCAA Tournament. 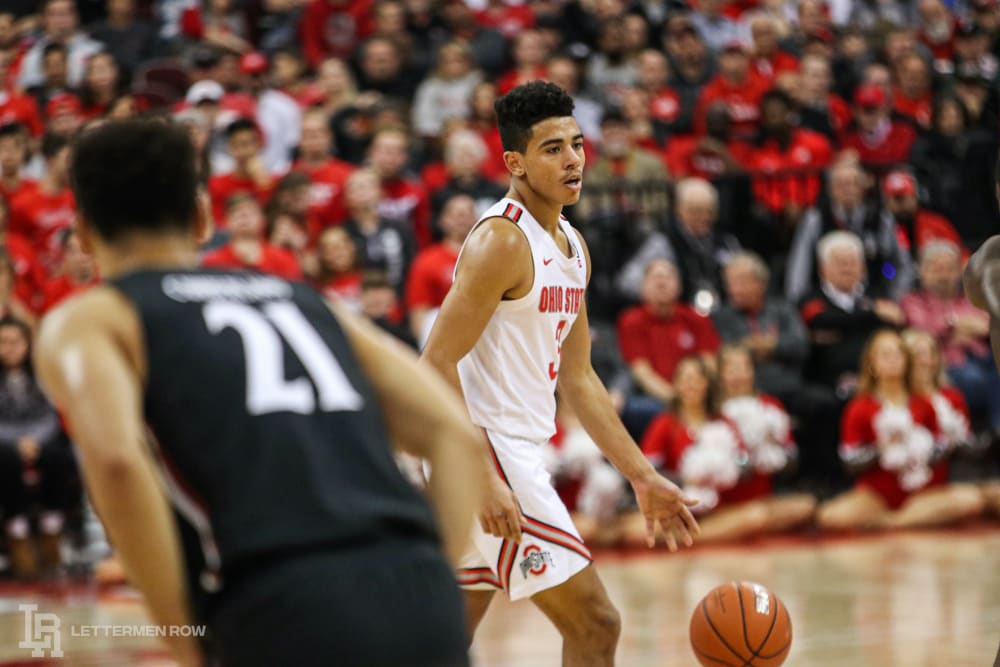 The Buckeyes don’t have a star-studded roster. They rely on a team-first attitude and incredible defensive play. That clearly shows up in the box scores and stat sheets. Ohio State doesn’t have a player averaging more than 14 points per game. Only three players average more than 10, but eight different guys average at least seven points per game.

Chris Holtmann finally has something this season he didn’t with the Buckeyes in his first two seasons: depth.

“We definitely have more depth than we had last year,” Holtmann said. “When we lost Kyle for that stretch, it hurt us last year. Obviously when we lost Kaleb for that stretch, it was a significant blow to us. We do have more depth and more balance this year. I’m interested to see how we respond to losing a guy like Kyle, who does so much for your team.”

CJ Walker and D.J. Carton are both reliable point guards. Kyle Young was a rebounding machine — especially on the offensive glass — before his appendectomy. Emerging freshman E.J. Liddell is budding into a solid player who can give good minutes in pressure-packed moments. Oh, and Duane Washington has become a 48-percent shooter from beyond the arc, averaging 11 points per game and hitting huge shots whenever needed.

Ohio State isn’t built to be run by a superstar. That’s not how Chris Holtmann recruits or coaches. But the depth of the Buckeyes will help them much later down the road in this season.