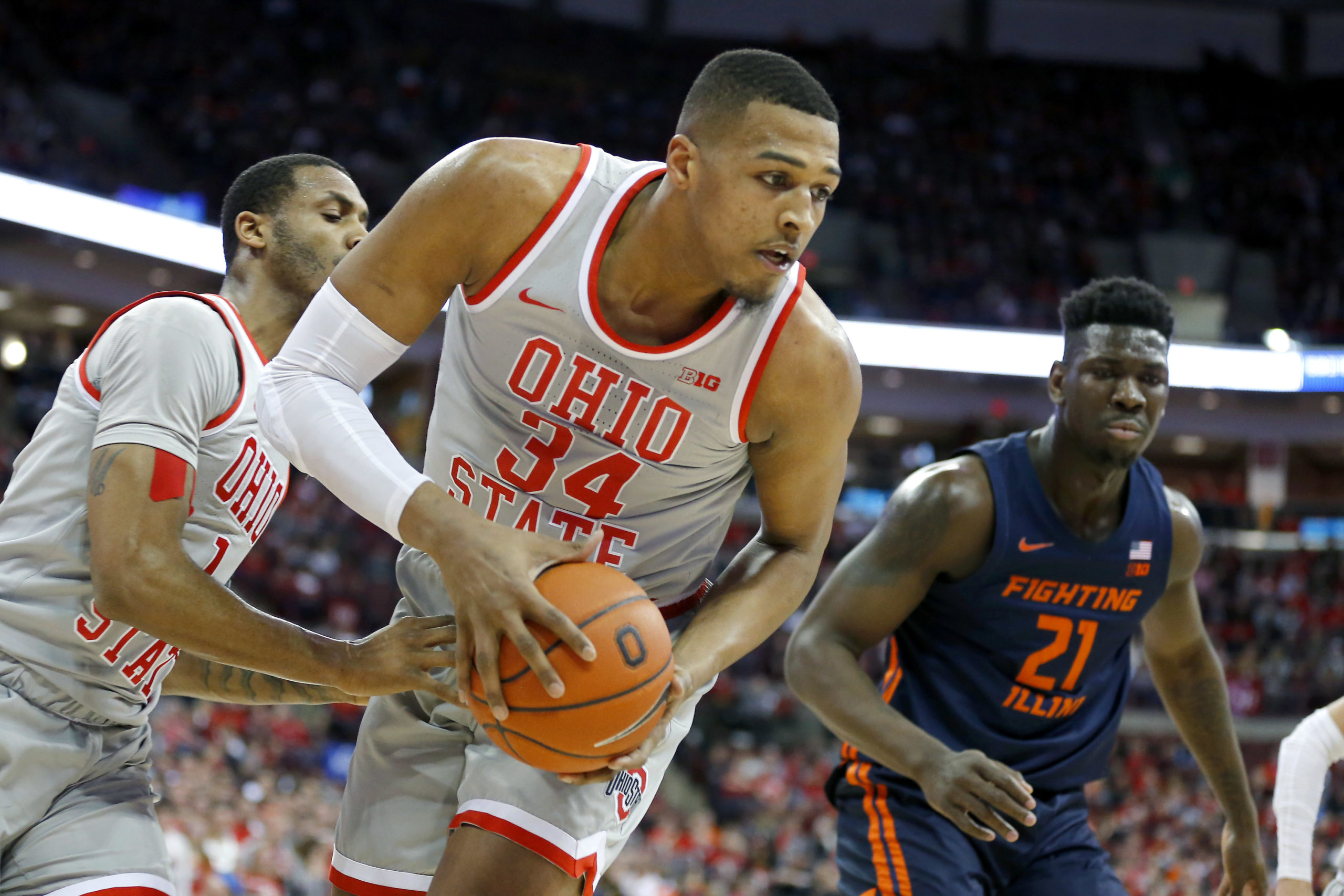 COLUMBUS — Ohio State was written off by some after a terrible January.

But now the Buckeyes keep winning, and they continue to show they might have what it takes to win big games in the coming weeks. That was evident Thursday night when they had to come back on multiple occasions.

Each time, No. 19 Ohio State overcame the deficit and grabbed a huge 71-63 win over No. 23 Illinois in the Schottenstein Center, defeating a ranked team for the third time in its last four games. Now winners of nine of their last 11, the Buckeyes have found ways to win game after game in new ways every time. In March, it doesn’t matter how they win. This Buckeyes team just keeps winning.

The latest win might be the most impressive considering how Ohio State shot poorly overall and allowed the Illini to control much of the first half. Those things didn’t matter in the end, and Lettermen Row is breaking down the win with Three Points.

It wasn’t Kaleb Wesson’s finest night for the Buckeyes, although he still led the team with 19 points. The absence of Kyle Young could’ve bothered them. They didn’t shoot well from beyond the 3-point arc. But Ohio State made key adjustments on defense in the second half, particularly on star Illini guard Ayo Dosunmu after he scored a majority of his 21 points on anyone who tried to guard him. Luther Muhammad led the charge of shutting him down late.

Ohio State coach Chris Holtmann probably won’t call this win his team’s cleanest or best-played of the season. But he also has stated throughout the season that he doesn’t care how his Buckeyes win Big Ten games. The league is too tough to nitpick wins. So they’ll take a win where they got one, another tough, grinding win over Illinois that will only further prepare them for the next few weeks in the league and national tournament. Ohio State is resilient. It’s becoming harder to dispute that.

Forward E.J. Liddell continues to grow and become a key role player for Holtmann and the Buckeyes. Liddell had timely buckets when they were needed, and he’s becoming a better defender as the season has gone on. Not to mention his emphatic put-back dunk midway through the second half sent the arena into a frenzy, highlighting his athleticism and giving the Buckeyes a lead they never gave up. His final stat line of 17 points and 11 rebounds is certainly impressive. It helped while the Buckeyes were short-handed, missing Young. With just one game remaining until the Big Ten Tournament, Liddell figures to play a key role for Ohio State moving forward when the situation is win-or-go-home. He only continues to grow.

Ohio State had won eight of its last 10 games prior to the matchup with Illinois on the back of excellent shooting and quality ball movement to get those shots. Well, that changed from the perimeter Thursday night, especially in the first half, but the Buckeyes still came away with a win.

The Buckeyes shot poorly from beyond the arc, hitting just one 3-pointer in the first half against the Illini and three in the game overall. They still used spacing on the floor to open up shots for Duane Washington, the Wesson brothers and other 3-point shooters, but the shots didn’t fall like they had been in the last few games. The Buckeyes are going to have to knock down shots in the coming weeks to advance in both the Big Ten Tournament and the NCAA Tournament. They couldn’t do that against Illinois but still found a way to finish their home slate with a huge win over another ranked opponent.