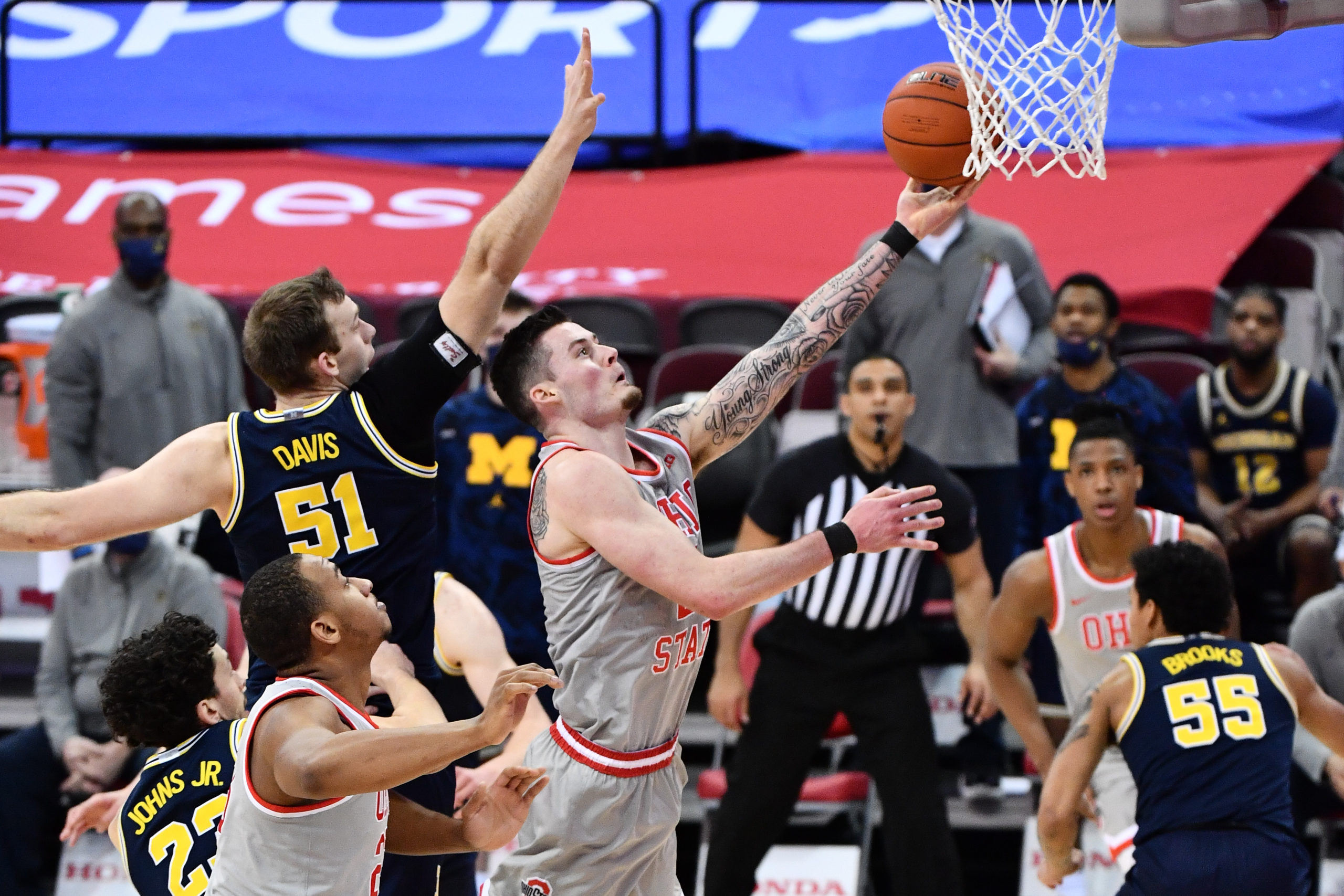 Kyle Young and the Buckeyes have a tough challenge to close the regular season. (Jamie Sabau/Getty Images)

COLUMBUS — Ohio State seniors Kyle Young and CJ Walker understand the emotions that are sure to come Saturday.

They’ll close out the regular season — and go through the Senior Day routine — when the Buckeyes take on Illinois. The emotion that comes with Senior Day will certainly play a role in Saturday’s regular-season finale, but the Buckeyes have more important and pressing issues.

Ohio State has lost three-straight games and faces a massive challenge Saturday afternoon — No. 4 Illinois. The Illini and Buckeyes are playing for a potential No. 1 seed in the NCAA Tournament and seeding in next week’s Big Ten Tournament.

That’s exactly why Ohio State is focused on performing well and taking the Senior Day festivities in stride.

“We’ve been focusing a lot on getting back to where we were,” Young said. “We don’t necessarily think there was too much wrong. We just need to focus in more, continue to bring energy every day and continue to be good with our prep leading into these tournaments here. That’s just what we’ve been preaching in the locker room.

“We’re playing against a very good team. Senior night, there’s going to be a lot of emotion. But we’re just focused on day-by-day, prepping for [Illinois], and then we’ll focus on the tournament after that. We know we have a special group. We don’t want to get ahead of ourselves. But we need to continue to get better so we can try to get better and try to make a run here at the end of March.”

Sure, Senior Day is always special for the players celebrating their career with the Buckeyes. But it certainly won’t mean as much if the Buckeyes don’t snap their current losing skid, which has come immediately after a seven-game winning streak. 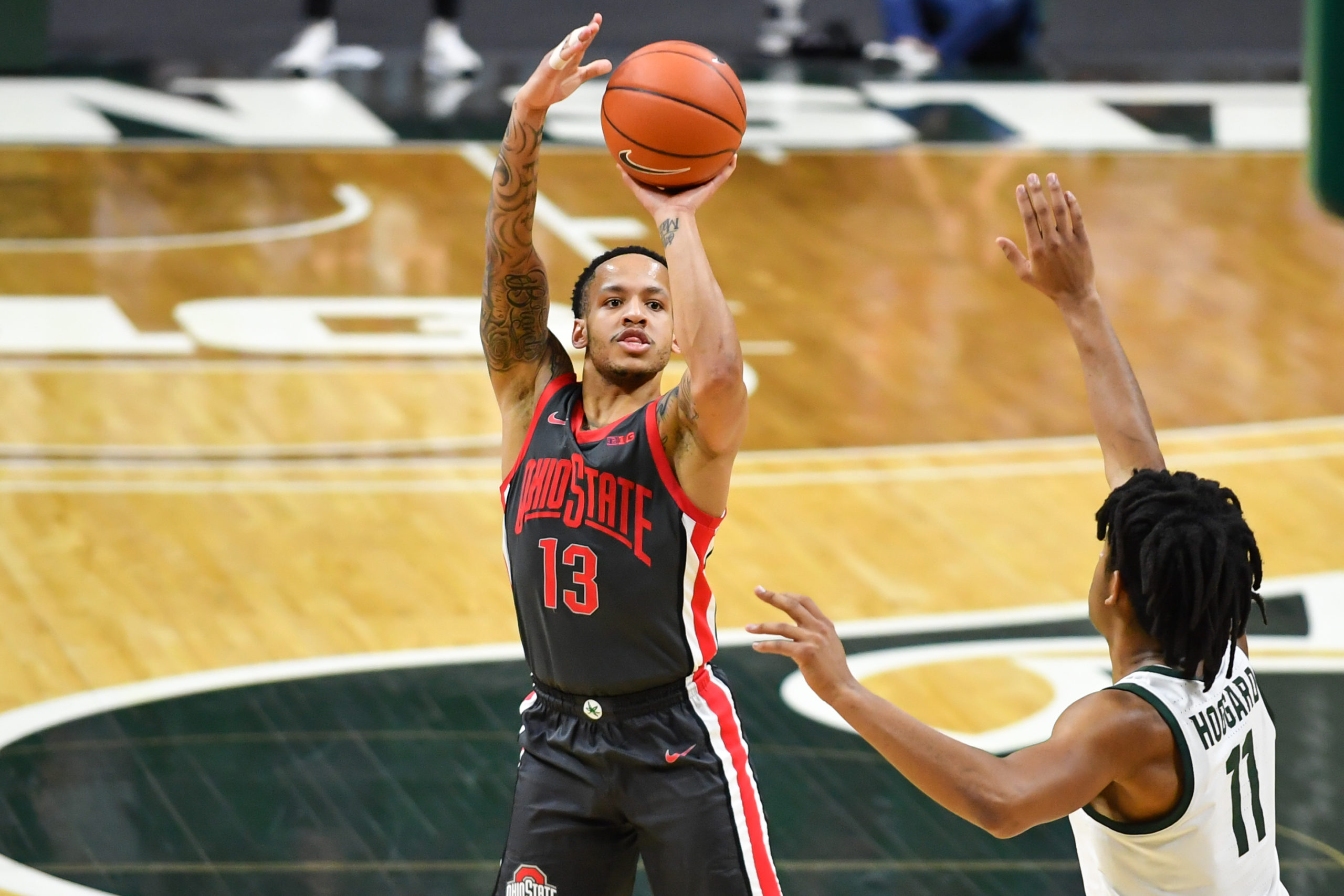 Ohio State guard CJ Walker is trying to get the Buckeyes back on track. (Adam Ruff/Icon Sportswire via Getty Images)

Thanks to the Big Ten schedule, Ohio State has six days between its loss to Iowa last weekend and the top-10 matchup against Illinois. And that provided plenty of time and opportunity to correct the issues that have caused the late-season slip-ups. It won’t be easy to correct those against an opponent playing at the level of Illinois, but the Buckeyes are confident they have addressed what’s gone wrong in the last two weeks.

“Just the energy,” Walker said. “I feel like we just need to pick it back up and refocus on what’s important. I just feel like our energy needs to be picked up, paying attention to details. Defensively, we need to get better at making people miss and making it tougher for the other team just to give ourselves more breathing room on offense. … Just a lot of little things that we need to pay attention to, refocus on, and I feel like we’ll be fine.

The Buckeyes feel like they can turn the page on the three-game losing streak and find their winning ways heading into what could be a special March. They believe they can make a run.

A special showing on Senior Day would go a long way in proving that to be the case for Ohio State.