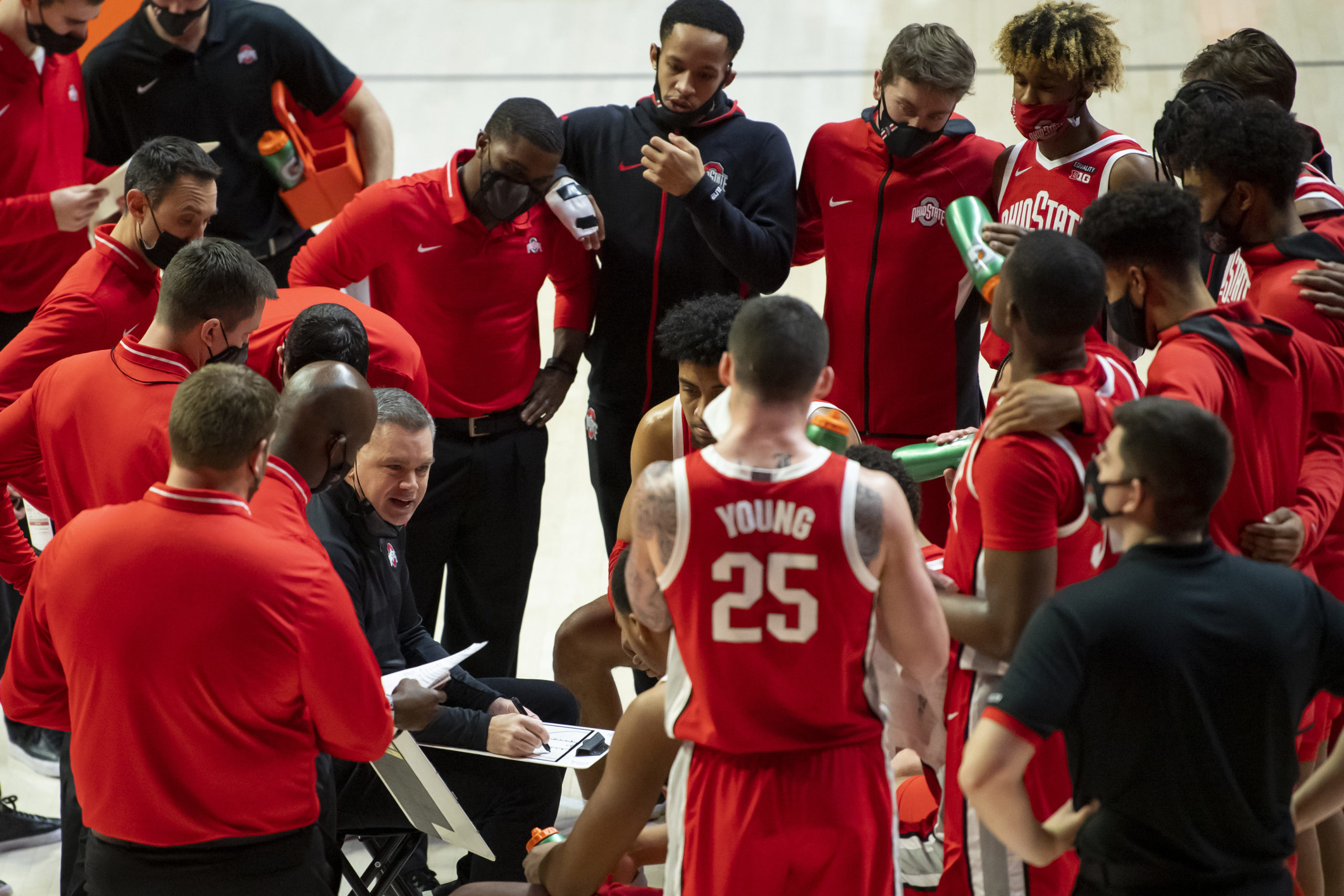 COLUMBUS — Chris Holtmann has been here before.

He’s now in his fourth year going through the gauntlet that is the relentless and unforgiving Big Ten conference slate, one that features some of the best teams in the country and provides no breaks from its toughness, even against the bottom of the league.

So he knows what it means to survive a road trip, especially with the biggest game of the season just days away. Holtmann and the Buckeyes were handed a huge test Thursday night at Penn State — and passed for the program’s first win in State College since 2017.

“Do I look like I just survived?” Holtmann said with a subtle smirk. “That’s exactly how we all feel. Give them credit. They made it difficult for us. But, yeah, that was a tough one, as we expected it to be.”

That’s what this league does. It forces the best teams to handle the schedule — and then sends them to their next test, often an even bigger one than the last. For the No. 4 Buckeyes, their next hurdle is massive: A date with No. 3 Michigan with so much on the line.

Before the Buckeyes could even consider looking ahead at that rivalry showdown in the Schottenstein Center on Sunday, they had to find a way to avoid an upset from Penn State, a program that has given Holtmann fits since he arrived at Ohio State.

This Ohio State team seems different than his others. Spearheaded by veterans, seniors, capable leaders, the Buckeyes have now won six-straight road games, seven-straight games overall and are in line for a No. 1 seed in the NCAA Tournament. They have more Quad One wins (nine) than any other program in the country.

And they’re doing all of this in the toughest league in America.

“The Big Ten, it gets tough,” said senior guard CJ Walker, who had 13 points and helped spark a massive 18-2 run that ultimately turned the game in favor of the Buckeyes. “You just have to make it over that hump. I feel like a lot of teams forget what my capabilities on the offensive end and the defensive end. I just take advantage of it. 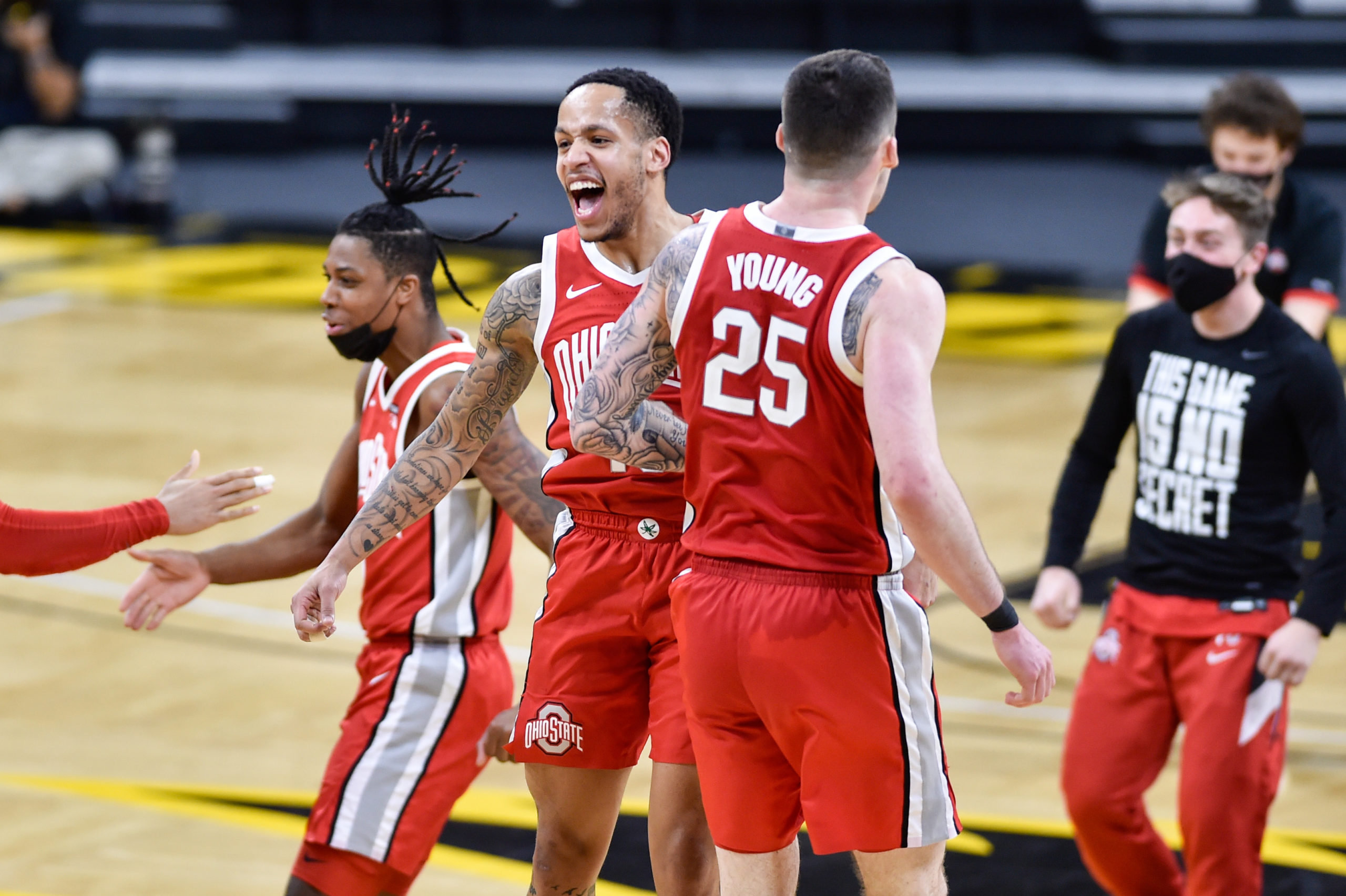 He’s not alone in that feeling. The entire roster is playing with confidence, with an edge. That’s what a seven-game winning streak can do for a team full of veterans, a team that lacks a pure dominant scorer but plays together and facilitates well.

Of course, the Buckeyes have a different kind of test waiting for them Sunday. Michigan is among the best teams in the country, even after a long layoff due to COVID-19. The Wolverines, like the Buckeyes, are in line for a Big Ten title and No. 1 seed in the NCAA Tournament if they continue winning. That game means everything in this conference, especially this late in the season.

But the Buckeyes couldn’t look past Penn State before focusing on Michigan. They had to lock in and find ways to overcome the Nittany Lions — exactly what has to be done every night in the unrelenting Big Ten.

“That’s pretty much every night,” Walker said. “Ohio State hasn’t won here in the last four years. That was a big thing for us, just to try to change that narrative to know that we can win on the road here, just play really well.

“Obviously Michigan’s a really good team, No. 1 in the league right now. That’s going to be a big game. So wins like this build confidence to keep pushing and keep winning.”

Ohio State certainly celebrated the win Thursday night. But Friday morning and into Saturday, the celebration will be over. The Big Ten doesn’t leave much room for celebration. Not with this schedule.

With this schedule and in this league, all the Buckeyes can do is survive. With an enormous game on deck, that’s just what they did before moving on to their rival.