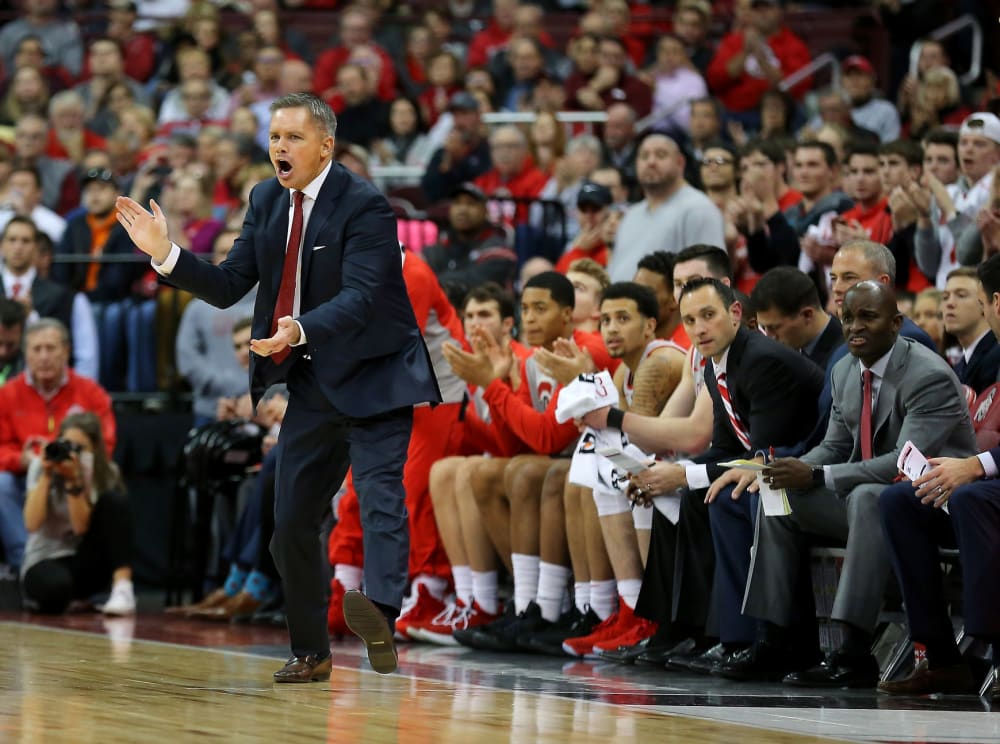 Ohio State and coach Chris Holtmann bounced back from the first loss of the season with a resounding win against Minnesota. (Joseph Maiorana/USA TODAY Sports)

Adversity arrived for Ohio State before tipoff with the injury to Luther Muhammad and the need to respond to its first loss this season.

Neither was a problem for the No. 16 Buckeyes on Sunday night as they opened league action against Minnesota in the Big Ten opener for both squads.

Buoyed more great bench production and significant scoring sprees in both the first and second halves, the Buckeyes mauled Richard Pitino’s Minnesota squad 79-59 as they moved to 7-1 on the season and 1-0 in conference during this opening weekend of games.

Lettermen Row breaks down the win as we continue our every-game fixture with Three Points in Ohio State’s latest win.

Minnesota made just one of its first eight field-goal attempts. The Gophers didn’t make a triple in the first 30-plus minutes of the game; they were 0-for-12 from distance at one point.

They had a four-minute first-half scoring drought and went more than five minutes without a bucket in the second half.

Yeah, Ohio State didn’t have arguably its best defender — the rugged and athletic Muhammad — and still made a Minnesota team that prides itself on offensive tempo look downright tortoise-like.

It was exactly what second-year coach Chris Holtmann had said he wanted to see on the heels of the Buckeyes’ first loss last Wednesday against Syracuse, when Holtmann was admittedly displeased with his team’s defense and hustle in the loss.

Signaling that improvement, Ohio State also dominated on the boards and limited the Gophers to single-digit offensive rebounds as it pushed out to more than a 20-point lead inside the final five minutes. The Gophers were held without a triple — the first time Ohio State had held a visiting Big Ten foe without a long-distance connection since 1992. 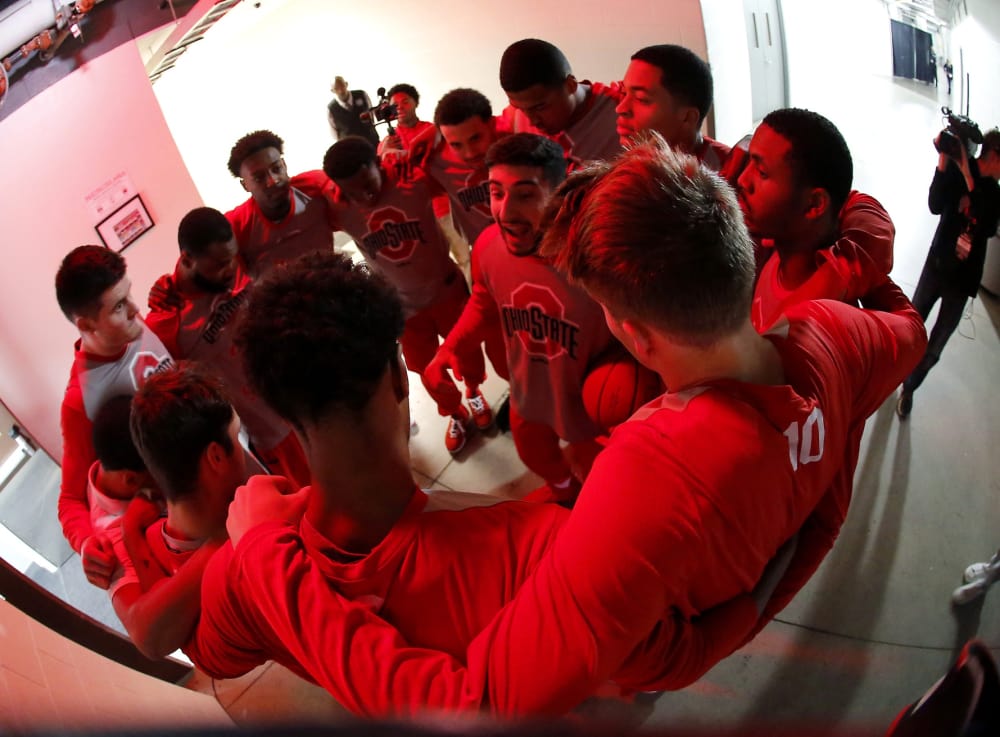 Ohio State got back on track with a Big Ten win on Sunday night. (Joseph Maiorana/USA TODAY Sports)

Shut down one Wesson for a half? OK, cool. Meet Andre Wesson, whose assertive first-half play was a welcomed sign for the Buckeyes in their first game without Muhammad.

The elder Wesson had 16 points in more than 33 minutes of floor time, including a sensational first half in which he hit from distance, midrange and also facilitated offense for those around him.

Kaleb Wesson, meanwhile, was a complete non-factor in the first half. He was held to a single point.

Did we mention the Buckeyes led 39-28 at the intermission with just a single point from their sophomore anchor?

The duo combined for 31 points, 10 rebounds and a plus-26 in the plus-minus rating.

Musa Jallow scored 11 first-half points — after he had scored just 18 points through the season’s first seven games. His production helped highlight a night in which the Buckeyes got 27 of their 79 points from the bench.

Ohio State cleared its bench by game’s end and Holtmann was able to play 11 players in the blowout-win.

Duane Washington Jr. joined Jallow as double-digit bench scorers with 10 points in just 21 minutes. The duo combined for 21 points in 40 minutes on the floor.

Though not a bench player, Kyle Young continued to serve his role as hustle-man and selfless leader with 10 points, including six in the early going. Perhaps most impressive? Well, choose between Young’s flying tip-on on an offensive board or the free throw Young banked off the glass in the second half.

🎥 LIVE from The Schottenstein Center: The Buckeye basketball postgame press conference.Scarlet and Gray pick up B1G win No. 1 on the season, topping Minnesota 79-59.More to come on OhioStateBuckeyes.com#GoBucks