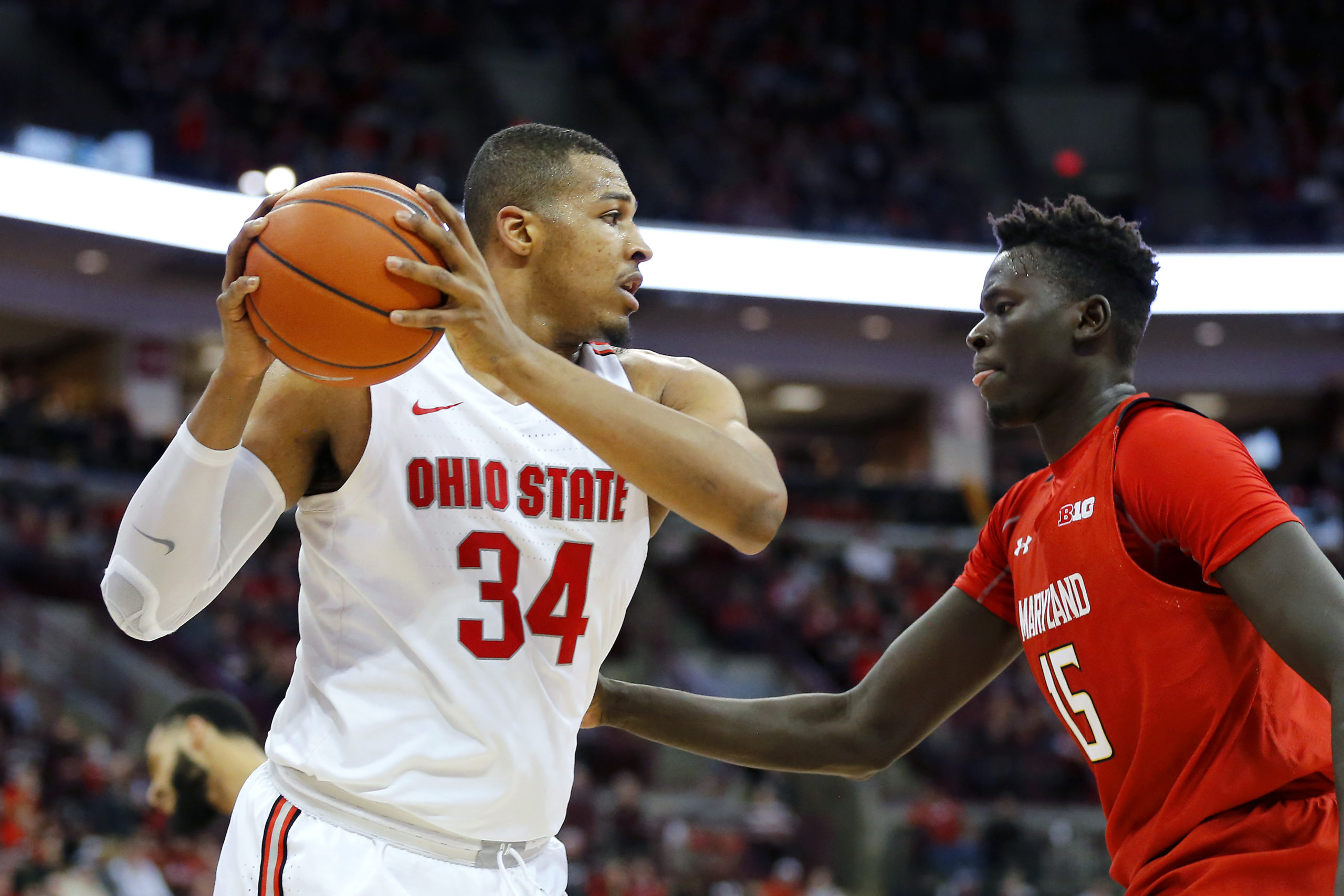 COLUMBUS — Ohio State is looking to do something it hasn’t done in some time.

The Buckeyes haven’t won the Big Ten Tournament title since 2013. That year was also the last time they went to the Sweet 16, when they slipped up in the Elite Eight. But that could change this season, as the Buckeyes enter postseason play with an impressive resumé and plenty of optimism. Ohio State already has quality wins over Maryland, Kentucky, Villanova, Penn State and two wins over Michigan.

All of those are wiped away in the Big Ten Tournament and NCAA Tournament; it’s a new season.

Ohio State has the talent to make a deep run into the late weeks of March. It’s also thin in its depth and might bounce out early. Those will be sorted out soon. There’s plenty of intrigue for the Buckeyes, and Lettermen Row is kicking off March Madness with Five Questions as they turn their focus on postseason play. 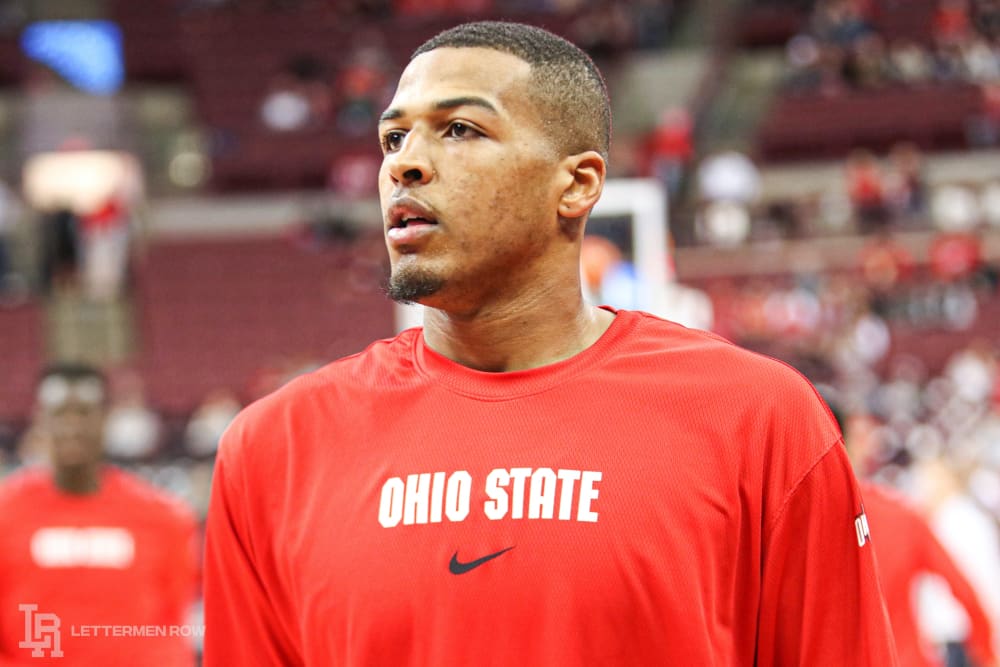 Ohio State big man Kaleb Wesson will have plenty on his shoulders this March. (Birm/Lettermen Row)

Kaleb Wesson is the go-to guy for Ohio State, but he can’t be the main offensive option from the bench. Wesson’s big body and physical presence inside the paint has worked in his favor many times. It has also gotten him into foul trouble from time to time throughout the season. Wesson is averaging 14 points and nearly 10 rebounds per game, but he’s also averaging 3.1 fouls. When he isn’t in foul trouble, Wesson has All-American potential and can lead Ohio State on a deep run in the tournament. When he’s on the bench, the Buckeyes are forced into a smaller lineup and run into trouble. Wesson will have to avoid silly fouls such as moving screens and off-ball whistles in the coming weeks. And the Buckeyes will certainly be better with him on the floor.

Will Kyle Young be healthy for Ohio State?

Ohio State earned one of its biggest wins of the season on Feb. 23 when it took down then-No. 9 Maryland. But the Buckeyes also suffered a loss during that win over the Terrapins. Forward Kyle Young, who helped the Buckeyes during their February winning ways, suffered an ankle injury and hasn’t been able to return for Chris Holtmann’s team since. The Buckeyes are 3-1 since Young went down, but they’ll certainly need him if they are going to make any noise through the rest of March. Holtmann has had to shorten his bench and use an eight-man roster during Young’s absence, and the Buckeyes have had success with the small-ball lineup. But Young provides toughness and leadership on the floor that is difficult to replicate. Ohio State needs him back as soon as possible.

Maybe Duane Washington and Luther Muhammad are no longer just considered role players. Both have had to step up in D.J. Carton’s absence through February and March. But both could play a huge role in what the Buckeyes are going to do in the next three weeks. Both starting guards have had their moments this season. Washington had 20 points in the late-season win over Michigan and has hit double figures in seven of his last 10. Muhammad had 22 in the win over Maryland on Feb. 23, but he has been inconsistent for Ohio State all season. If Washington and Muhammad can help starting point guard CJ Walker in the backcourt, the Buckeyes will be in good shape. 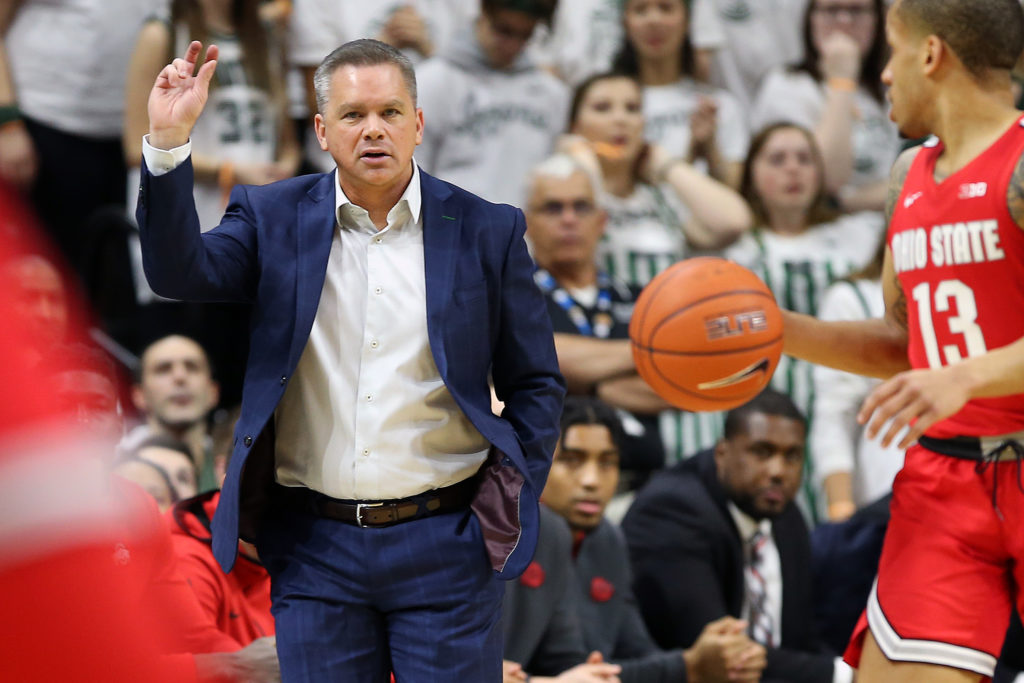 Chris Holtmann is looking to get to his first Sweet 16 at Ohio State. (Mike Carter/USA TODAY Sports)

Ohio State probably didn’t get an ideal Big Ten Tournament draw, facing a Purdue team on the outside of the bubble desperately searching for wins. And if the Buckeyes beat Purdue? They’ll run into Michigan State, the tournament favorite, in the quarterfinals. So, can the Buckeyes make a run? A 16-point home win over Purdue on Feb. 15 should provide confidence to slide past the Boilermakers. The Buckeyes had Michigan State locked in a tie game during the second half Sunday before foul trouble sunk them. And that was on the road in a tough environment. A neutral-site game in Indianapolis could prove to be what Ohio State needs to upset the Spartans. If the Buckeyes can do that, they’ll be in good position to play through the weekend.

Can Chris Holtmann return to Sweet 16?

Chris Holtmann has never lost in the Round of 64 in the NCAA Tournament. He’s 5-0 in tournament-opening games. But Holtmann has only reached one Sweet 16 during his coaching tenure, which came in 2017 when his Butler Bulldogs lost in the Sweet 16 to eventual champion North Carolina. The Buckeyes certainly have the talent to return to the Round of 16 for the first time since 2013 under Thad Matta. But the likelihood of a deep tournament run will hinge on the four questions above. If Kyle Young can become an option after a late-season ankle injury, Kaleb Wesson stays on the floor and the Buckeyes find production from the bench, they can make a run. There are many ifs, but it’s March. Anything can happen.