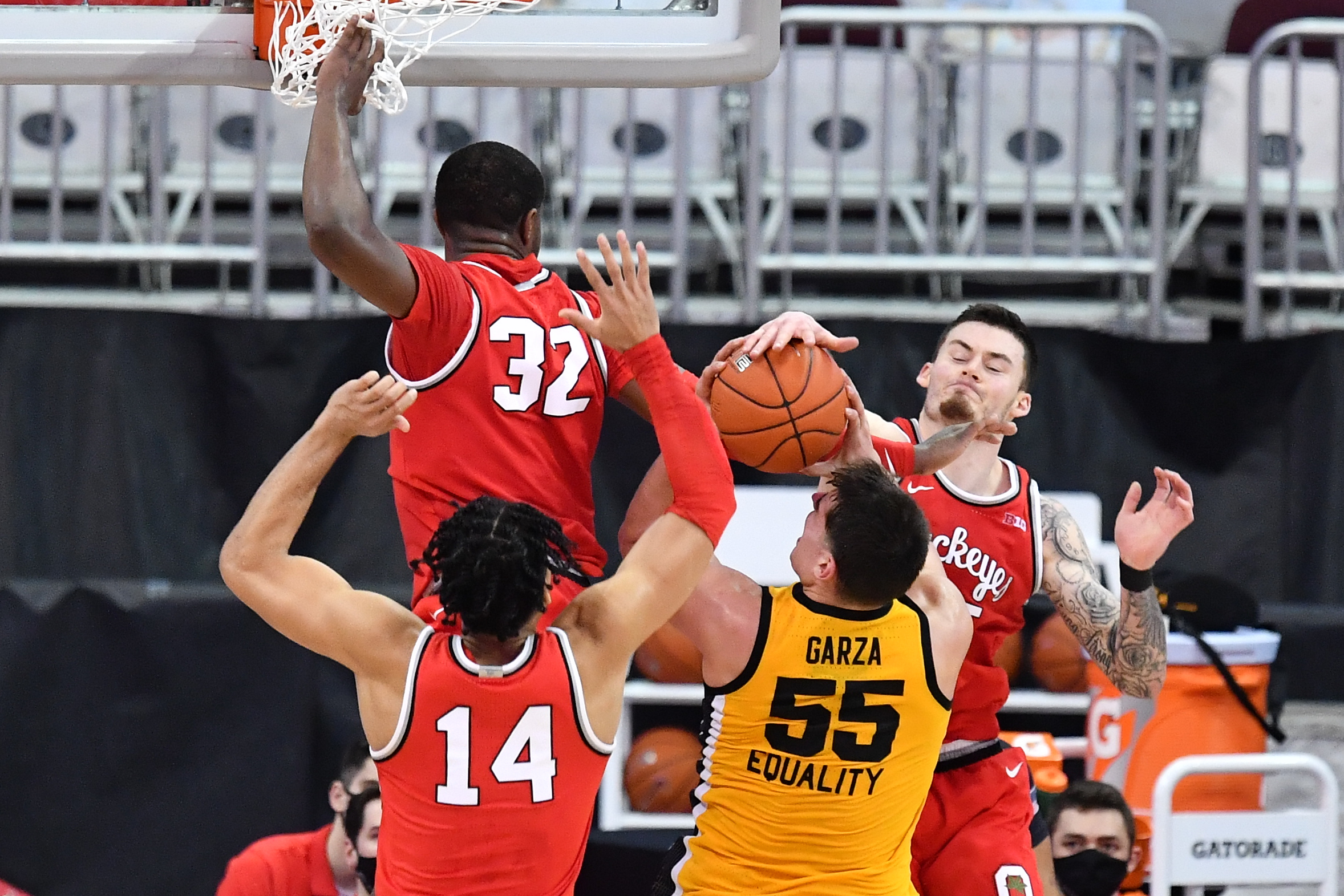 COLUMBUS — Ohio State could use some time off. And that’s exactly what the Buckeyes are getting this week.

After a seven-game winning streak that helped the Buckeyes climb into the top five of the polls just two weeks ago, they’ve now lost three games in a row, the longest losing skid of the season and appear disjointed offensively and less than engaged on the defensive side of the basketball. That is how life sometimes goes in the brutal Big Ten.

But teams behind Ohio State in the poll have also been losing, too. So, despite losing three straight games to three quality opponents, the Buckeyes dropped just three spots to No. 7 in the latest AP Poll. Gonzaga retained the top spot. The Bulldogs are followed by Michigan, Baylor, Illinois and Iowa to round out the top five.

Ohio State’s next opponent, Illinois, checked in at No. 4. The Buckeyes and Illini will meet Saturday at 4 p.m. inside the Schottenstein Center to close out the regular season. But until that matchup, Chris Holtmann and the Buckeyes will have all week to begin correcting what has gone wrong in the last three games and hope to find answers before the Big Ten Tournament — and the Big Dance.

“That’s certainly something that would be nice to see,” Holtmann said. “We’ve got some guys who are struggling a little bit, a little fatigued, maybe struggling with some confidence right now. Hopefully we can get that figured out.”

If Ohio State can find some of those answers, it’ll be a tough team to beat in the next three weeks. If not, the Buckeyes may suffer an early exit in the month of March.