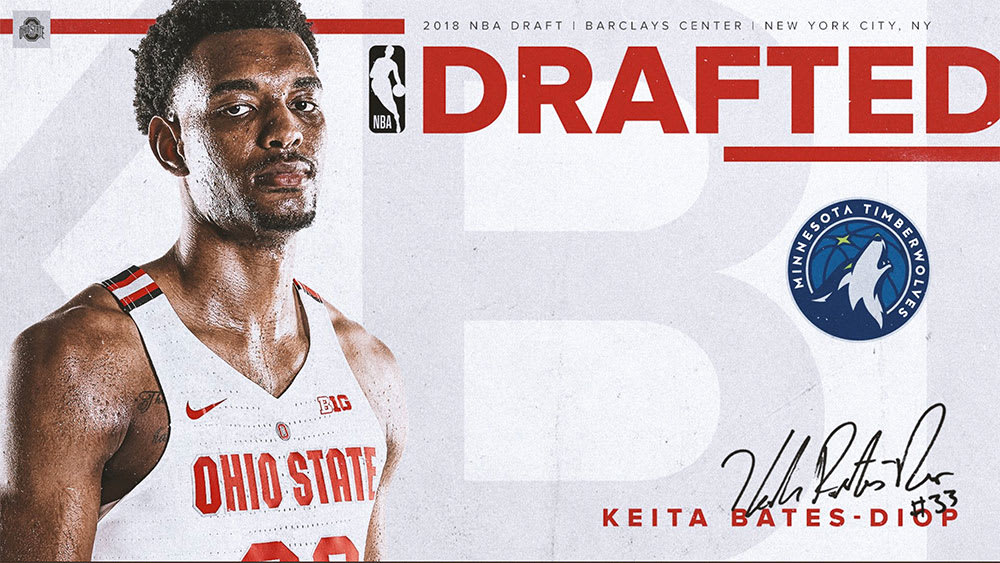 The Minnesota Timerwolves just made a bunch of new fans in the Ohio State locker room now that Keita Bates-Diop is on the way to join the franchise.

The Buckeyes had held out as much hope as possible considering how high the stock of Bates-Diop had soared during his redshirt junior season, which ended with the program back in the NCAA Tournament and the do-it-all forward clutching a Big Ten Player of the Year trophy. His decision to declare for the NBA draft certainly didn’t catch anybody but surprise, but instead of getting one more season to play with him, now his former teammates will be pulling for the Timberwolves.

Bates-Diop came off the board in the second round, 48th overall, Thursday night in Brooklyn, officially making him the first NBA selection of the Chris Holtmann Era at Ohio State. Holtmann, of course, only got to coach Bates-Diop for one season. But the two formed quite a dynamic partnership together, with a healthy Bates-Diop showing off his versatility and Holtmann helping him reach his potential as one of the best all-around players in the country. 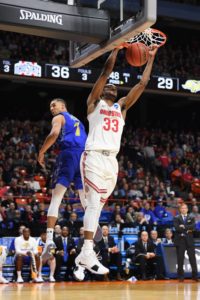 “You know, you can dream [about having him back],” Holtmann joked back in March. “But I did ask him, what was the one thing that might have changed your mind to say, ‘Hey, I need to come back.’ And he mentioned if the team struggled or was just average. I said, ‘I wish I would have known that during the season.’ I mean, listen here, I have a little bit of an impact when it comes to that. We might have changed the course of a few games — I’m kidding, obviously.

“More than anything, I’m just really excited for him and his family, genuinely really, really happy for Keita and his family for this moment. For us as a program, sure, it allows us to move forward.”

The Buckeyes can do it with a recruiting sales pitch that now includes a new player in the NBA as proof of the development for the next level.

And for the current Ohio State players that spent time getting to know Bates-Diop? The Timberwolves have a fanbase that has just grown in Columbus.

“Everybody is super excited for Keita,” sophomore Musa Jallow said on Wednesday. “My personally, I love everything about Keita. He’s a great person and he deserves this.

“I just hope the best for him and hope his career carries on for a long time.”