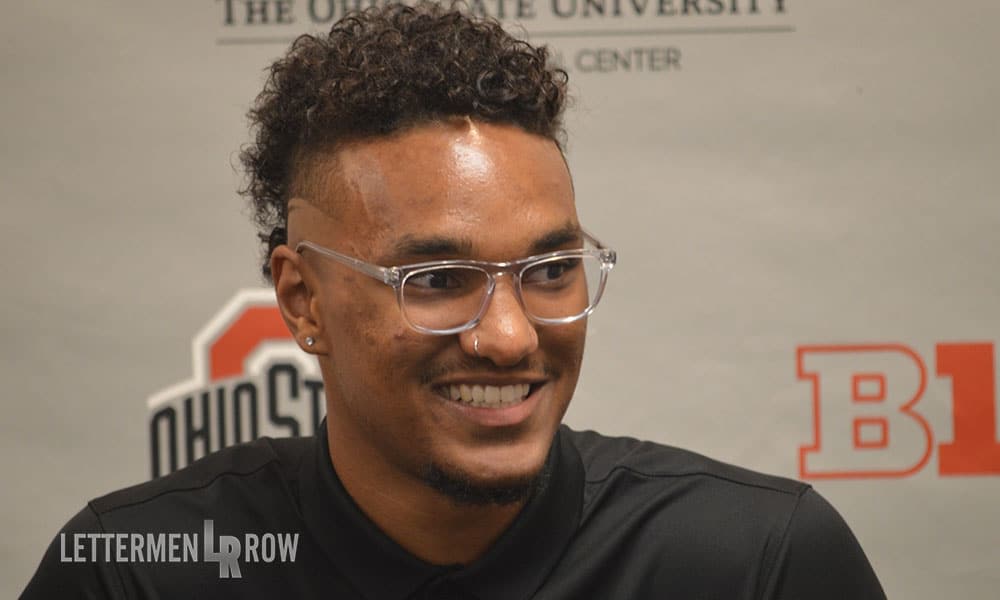 Musa Jallow has a year of experience under his belt and is looking for a bigger impact at Ohio State. (Nick Clarkson/Lettermen Row)

COLUMBUS — Musa Jallow was given multiple outs to put his first year with Ohio State into context.

One by one, the sophomore guard still young enough to be a freshmen brushed them all aside.

Would it have been easier to not graduate early to join the Buckeyes?

“I’m super satisfied with my choice in coming a year early.”

How steep was the learning curve as he tried to fit into a team with a handful of seniors already in place?

“I fell in love with the team and all the guys there treated me well, brought me in just like I was a normal guy.”

Did a recent ankle injury slow him down and lead to his eventual cut at the tryouts for the United State Under-18 team?

“I had a little over a week to prepare for it, and I felt like I gave it my best shot,” Jallow said. “You know, I’m not one to make excuses.”

That much was made crystal clear by Jallow as he chatted with the media during a break from offseason conditioning on Wednesday. And it was the latest insight into perhaps some uncommon maturity from the young guard, just in case there was any doubt after his early enrollment to help the Buckeyes get the program turned around last season under Chris Holtmann. 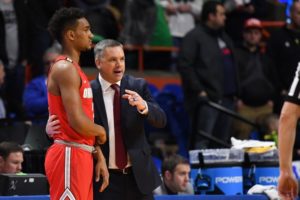 There is obviously nothing for Jallow to apologize for after carving out a role largely off the bench for Ohio State and averaging 2.5 points and 1.5 rebounds last season, so the excuses aren’t really necessary in the first place. And thanks to all he’s gone through over the last year, those numbers are bound to go up significantly thanks to the experience, which now includes a full summer of conditioning and workouts to help him build on what should realistically go down as an encouraging debut with the program.

“Having the year under my belt, I definitely feel older,” Jallow said. “I feel like I have more of a grasp on what I need to do and what the team needs me to do and what the coaches want me to be able to do. That’s pretty much what I’m focused on for the summer.

“Just being more consistent, being able to be a threat at all three levels on the floor, being a leader on the floor, just taking that next step. I was definitely in the freshman position last year, and now that we have new guys coming in and we lost our leadership, I have to be able to make a big jump and kind of take the reins a little bit.”

The Buckeyes have veterans capable of handling that responsibility, starting with C.J. Jackson at the point guard spot. And in some ways, it still feels a bit premature to be placing those sorts of expectations to set the tone on a player Jallow’s age heading into his second season.

But he’s already established that he works on his own schedule. He isn’t putting any limitations on himself for his career. And, of course, he doesn’t make any excuses either.

“I definitely want to be more consistent in my game,” Jallow said. “I had a lot of ups and downs last year, sometimes that’s how it happens for a freshmen when you are just getting your feet wet and learning the ropes from the older guys.

“I want to be more consistent, be able to produce on a consistent basis and have something I can hang my hat on for every single game.”