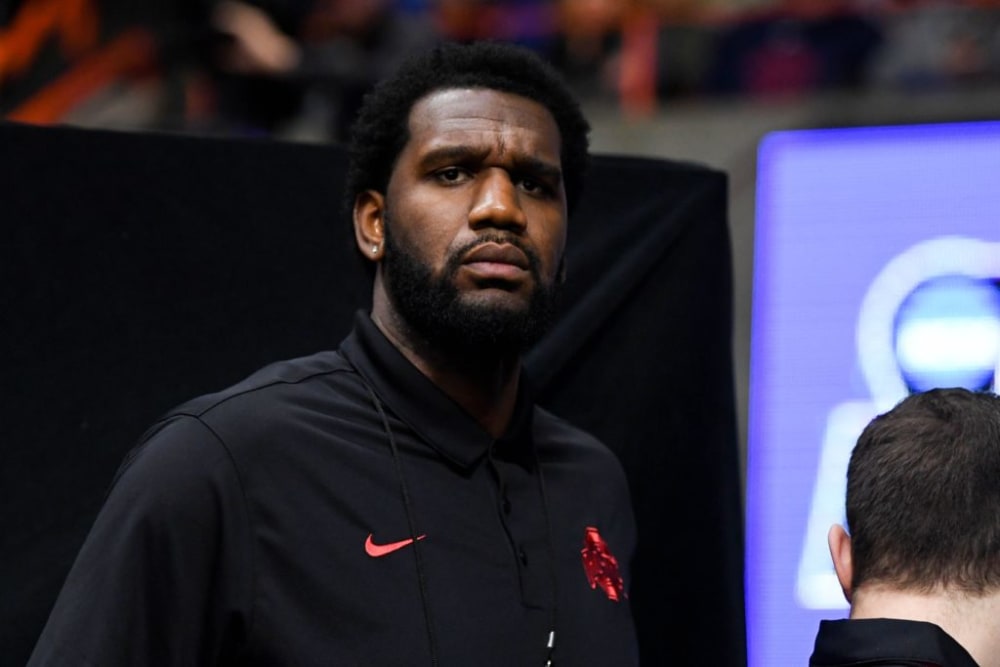 Greg Oden is looking to get back on the court for Scarlet and Gray in The Basketball Tournament. (Kyle Terada/USA TODAY Sports)

The former Ohio State star and No. 1 overall NBA Draft pick is no longer looking to prove any doubters wrong. He’s not viewing a return to the hardwood with the Scarlet and Gray in the upcoming TBT event as an audition to try to return to the professional ranks. He’s also not angling for a future paycheck, even though winning that $2 million prize would be a nice bonus.

No, even though he’s still on 30 years old, Oden is only looking for a good time and a chance to play with some familiar faces. And if all that other stuff was a priority, he probably would have rearranged his schedule so that he wouldn’t be missing the first two games when the Ohio State alums open play at nearby Capital University next week.

“I just wanted to play, run up and down a little bit,” Oden said before practice earlier this week. “I’ve been scrimmaging against the guys, got a couple dunks. You know, they’ve asked me all these years, and I kind of just gave in and said, ‘You know what, I guess I can do a little something.’

“I mean, I know can go get at least three rebounds a game.”

Oden hasn’t lost any size, of course, so that wouldn’t be asking too much of the 7-footer as he returns to competitive action.

It’s entirely possible that he could provide much more than a couple rebounds for the squad representing the Buckeyes if they advance past the opening weekend and he gets a chance to make an impact. But for now, Oden has been tempering any expectations outside of just embracing the opportunity, which adds a bit of mystery to just how he might factor into the plans for Scarlet and Gray in this annual summer tournament. 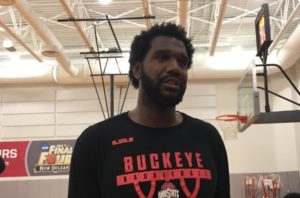 “It took a lot of convincing … everyone had to kind of talk to him,” coach Scoonie Penn said. “But we know Greg has wanted to be part of it, obviously he’s a big part of the brotherhood that we have here. I know he can give us a little something, and I’m happy Greg is down with us.

“I’ve seen him work out, he’s helped out in practice and stuff, so if anyone has seen him, I have. There are just still not many guys his size. He can still dominate down low. Look, I don’t need Greg to play 20 minutes in a row, but in this kind of setting, there are going to be a lot of situations where you need size. You might need a basket inside, you might need a rebound, you can switch up and go zone defense, so there are different ways we can utilize him.”

Odds are Penn will have to be strategic with how he uses the big man, though, because Oden has made it clear his body won’t allow him to play extended stretches.

He’s also not trying to push it and risk another injury after a well-documented career full of them. But there won’t be many guys in the bracket with his size or reputation, which once again will make Oden one of the more fascinating players in the country this summer.

Return for Greg Oden isn’t about impressing anybody

“I love playing basketball,” he said. “The thing is: Can I do it though? I enjoy getting out there and battling with the guys, but I know I can’t go out there for 30 minutes and run up and down the court. My knees aren’t going to take that.

“I think before I was always trying to prove something, trying to show somebody something instead of going out there and just playing basketball. … This is just fun. I’m not trying to impress nobody. I’m just trying to go out there and play some good basketball and hopefully get $2 million dollars.”

His old buddies from the Buckeyes obviously want a cut of that check, too. And Oden has finally worn down to go help them try to cash it.