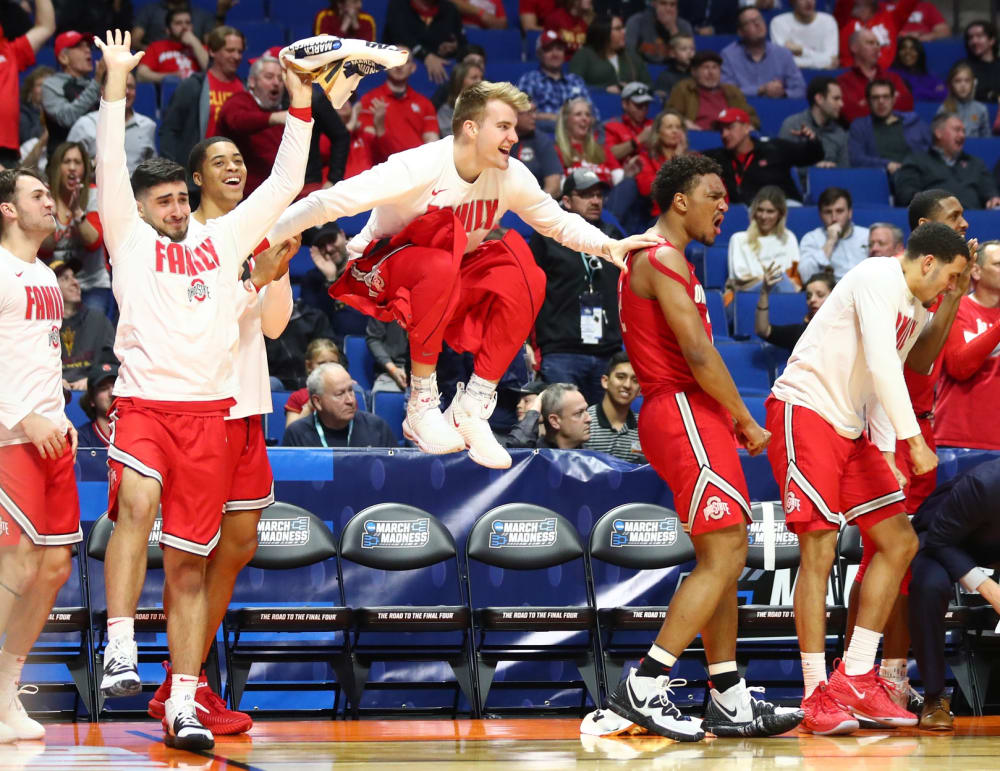 Ohio State should be able to celebrate more success in the postseason next season. (Mark J. Rebilas/USA TODAY Sports)

The speculation, debate and conversations about Ohio State never end, and Lettermen Row is always ready to dive into the discussions. All week long, senior writer Austin Ward will field topics about the Buckeyes submitted by readers and break down anything that’s on the minds of the Best Damn Fans in the Land. Have a question that needs to be tackled, like the one today about Chris Holtmann and the Buckeyes? Send it in right here — and check back daily for the answers.

Given that the majority of fans view the first two years of the Chris Holtmann era as an overwhelming success – what are realistic expectations when looking at the addition of a recruiting class that is the best in the B1G?

If there is anybody out there who doesn’t view the first two seasons for Ohio State under Chris Holtmann as an unequivocal success, they need to seriously recalibrate their expectations. By any measure, what Holtmann has done in turning around a program that was practically irrelevant in the Big Ten and and taking it to the second round of the NCAA Tournament two years in a row was truly remarkable — especially given just how little he had to work with in the season that ended Sunday night in Tulsa.

But it is fair now to ditch the gritty underdog label and start expecting more from the Buckeyes. After all, if Holtmann is capable of squeezing a win in the Big Dance out of the roster he put on the floor this season, imagine what he can do with the best recruiting class in the conference about to enroll this summer, right? Of course, the NCAA Tournament itself is notoriously hard to predict, so even simply projecting at least a Sweet 16 appearance can be tough right now without having seen the freshmen and having no idea what the bracket or matchups might look like a year from now.

“I want to strive so hard to continue to move this forward,” Holtmann said after the loss to Houston. “I know how hard that is. I know how hard it is to get here, to win a game, to move two games and to move forward. And I don’t want to get ahead of ourselves, because there are no guarantees.” 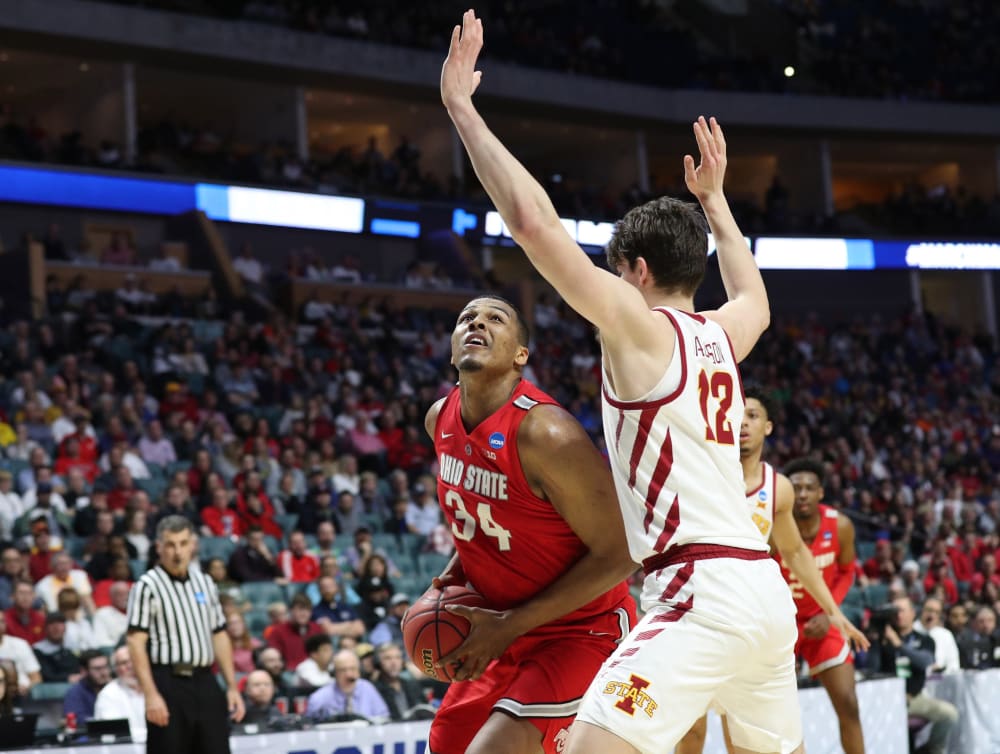 Ohio State will have Kaleb Wesson back to help push the Buckeyes to new heights next season. (Brett Rojo/USA TODAY Sports)

Holtmann hasn’t really had to ask for much patience so far with the Buckeyes thanks to how quickly he zipped through the rebuilding process. And barring some unforeseen shakeups in the offseason, there isn’t much he can do to tap the brakes on the growing buzz about what the future holds for his program.

With two true points guards to work with in his backcourt now, a year of valuable experience for the freshmen who were heavily relied on early in their careers, a chance to get Kyle Young healthy and the return of the Wesson brothers — there won’t be any excuses with the rotation at Holtmann’s disposal. Is that group good enough to win the Big Ten? That’s a tall order considering just how deep the league will be again next year, and established powers like Michigan and Michigan State aren’t going away any time soon. But the Buckeyes should be able to stand toe to toe with every team in the league, and they are likely more than capable of earning a double-bye in the conference tournament and ensuring they won’t have to sweat out Selection Sunday like this year.

What happens after that is impossible to predict right now. But if there is one thing that has been a safe bet in Holtmann’s career, it’s that he doesn’t lose in the first round. Ohio State has been the underdog in the second round both times so far in his tenure, and there was no shame in putting up solid fights before bowing out at the end of the opening weekend.

But the Buckeyes already know now that doing the same next year isn’t likely to come with the same level of praise. And that’s as sure a sign as any that Chris Holtmann has raised the bar for the program in a hurry.

Ohio State: What does future hold for Kaleb Wesson with Buckeyes?
Ohio State: Impressive depth at tackle being built this spring for Buckeyes
Advertisement