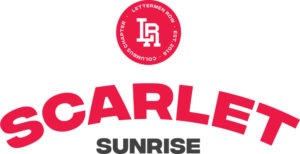 Every morning in the Scarlet Sunrise newsletter, you’ll get news, notes and analysis catching you up on what happened in the world of Ohio State athletics.

The newsletter will give you bits of information, fun angles and countdowns to the next big happening at Ohio State. All you have to do is enter your email address, click subscribe and you’re in.

We think it’s a great (and free) way to stay on top of all things Ohio State. Below is a preview of what our daily newsletter looks like.