Paris Johnson is the country’s top ranked 2020 offense of tackle and at 6-foot-7 and 285 pounds and a  prototypical tackle prospect and a perfect fit for what the Buckeyes are looking for a long their offensive line.

He is Ohio’s top ranked 2020 prospect, and an early five-star player according to the 247sports.com composite rankings.

Johnson’s frame and footwork make him the prospect that he is today.

His long arms helps keep leverage and pass protection and he has excellent at work which has helped him turn into a national prospect despite not having much varsity game film at St. Xavier.

His projection is through the roof, but this coming season will be big as far as understanding exactly where his game is in relation to being college ready.

With two important years of high school football left, Paris Johnson will have his lot of pressure on his shoulders as he develops from a project into a top prospect.

That being the case, you couldn’t ask for a better starting point for a left tackle. Ohio State being just an hour and a half from home means will get an opportunity to work with Johnson regularly at camps and in the classroom, as he learns the ins and outs of college football while his body continues to develop into an NFL first-round talent.

"When God created the left tackle, he did it in the vision of Paris Johnson." 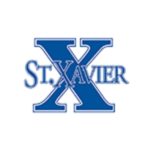 Since being identified as one of the countries top college football prospects, Ohio State has made it very clear to Cincinnati Saint Xavier offense of tackle Paris Johnson that he was going to be a major priority for the Buckeyes.

There was no hemming or hawing in this recruitment. Ohio State was all over Johnson in the last year, and the relationships between Urban Meyer, Greg Studrawa and Johnson lead to an earlier than expected commitment.

As the third member of Ohio State’s 2020 recruiting class, Johnson will be an integral part of the future in Columbus, not just on the field, but as a leader in his recruiting class. That is one of the reasons why his decision to announce so early 2018 and why it’s vital and important for Ohio State.

In a time when most of Ohio’s best prospects are playing out the recruiting process, Johnson did not dawdle, instead letting the world know early he was a Buckeye and others should join him.

On the field, you do not find many high school students who look like Paris Johnson looks, as he is an absolutely prototypical left tackle prospect. He has the long arms and footwork that NFL talent possess, and so he is just learning the game, but he has the ability to be in all American talent at Ohio State.

Unlike former five-star offensive tackle Josh Myers, who played in run-heavy offense at Miamisburg (Ohio), Johnson’s offense is a pro style, get-you-ready for college, approach that should go along way toward having him ready to play when he arrives on campus in Columbus.