If you don’t know who Zach Harrison is by this point, let me welcome you as you begin following college football recruiting.

A two-time invitee to Nike’s The Opening, Harrison has been one of the country’s most recruited prospects since emerging onto the national scene in late 2016, ultimately choosing Ohio State over Penn State and Michigan.

There may not be a more explosive all-around athlete in the country than Zach Harrison.

His physical talents are undeniable. He has NFL first round, Top 10 pick-type potential.

This is where things get tricky.

For a player as talented as Harrison, there’s an expectation that he’ll come in as a freshman and be ready to dominate the college game and that’s simply just not a reasonable expectation in this case.

Harrison has a ton of potential but he’s very raw when it comes to finer points of football. He will need to work on his technique to be an effective pass-rusher in college but he’s incredibly bright and will learn quickly from Larry Johnson.

Expect to see Harrison brought along slowly in 2019 but for him to be giving ample opportunities to show off his speed as an end rusher early in the season and in obvious passing downs. As an early-enrollee, he’ll get a head start on his training and the chance to play in Ohio State’s spring game in April will prove to be a valuable barometer for him.

What makes Zach special is his mindset. His mindset on life, school, people, improvement. In his mind - he’s a humble nobody who’s never arrived yet. That drives him to work hard on his body, on his craft and creates continuous improvement. People enjoy being around him which makes him a natural leader of young men. And he loves and respects the game of football. He thinks like a coach and wants to know the 1/64th of an inch details. You add all that up with his frame and his speed and you have an incredible combination. 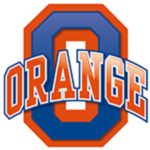 There’s not been a more important recruit for Ohio State in the Class of 2019 than Zach Harrison for the last two years and somehow, with Urban Meyer’s retirement, his importance to the Buckeyes actually grew.

Harrison, as I wrote for the last two years, was not going to be an “easy” recruitment for Ohio State because he is not a person — or prospect — interested in the “same old things” that everyone else is. Harrison was never going to care about Urban Meyer’s national championships, and he was never going to be impressed by 110,000 seat stadiums. This is a kid, and a family, that cared about his development as a person first and a football player second in an environment that afforded him a chance to be comfortable and not rushed to his expected “greatness.”

Unbelievably, Urban Meyer’s retirement didn’t hurt the Buckeyes and their chances of bringing Harrison on board. In fact, it may have helped. Day’s personality aligns much more comfortably with Harrison clearly, because there’s not a chance in the world the 6-foot-5, 250-pound Harrison would have picked Ohio State over Michigan and Penn State if he wasn’t convinced Ryan Day was going to maintain the Buckeyes current trajectory.

After two years of recruitment, Zach Harrison is a Buckeye and it’s a giant first “win” for Ryan Day and his Ohio State program. There’s no other way to put it.