America’s 19th-ranked inside linebacker prospect in the Class of 2019, Tommy Eichenberg is Ohio’s 13th-ranked player and a former Boston College commitment.

Offered by Ohio State in September after the Buckeyes coaching staff had a chance to see his senior film.

A 6-foot-3, 235-pound linebacker, Eichenberg is the prototypical Ohio-born inside linebacker. He turned down Michigan, Boston College and others to commit to Ohio State, two days after Urban Meyer announced his retirement.

Eichenberg is perfect fit for the “simple and sound” defensive concept that Ryan Day hopes to employ in 2019 and beyond.

He’s big, he’s fast and he plays physical and downhill. Physically he appears college ready and comes from one of the country’s best coached football programs, Cleveland powerhouse St. Ignatius.

This is the type of kid that is a potential captain and will be another high-quality person representing Ohio State in the future.

Like most Ohio State linebackers, it’s likely that Tommy Eichenberg will begin his Buckeyes career on special teams but this is a player that will quickly ingratiate himself to the Ohio State coaching thanks his pedigree and the lessons taught by Chuck Kyle at St. Ignatius.

"We've always known his talents as a football player and as a student, but his development as a leader has been very pleasing to me and good to see. He has a solid group of guys in his class who have taken leadership very seriously. Those are the types of student-athletes we want here.

We don't just want guys who make a bunch of tackles or throw the shot put far. We want solid people, and those are typically the ones who do very well. We try not to compartmentalize, we try to educate the whole person, so it's nice to see." 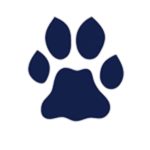 With drama swirling and uncertainty abounding, it was going to take someone — or something — special to kickstart the recruiting momentum for Ryan Day and Ohio State.

That person is Tommy Eichenberg and he may have just become the single most important commitment in the Class of 2019.

That’s not to downplay the value of 5-star players like Garrett Wilson or Harry Miller, but to say that Eichenberg’s willingness to jump on board with the Buckeyes just two days after Urban Meyer’s retirement could have a calming affect on a number of people uncertain about the future.

Eichenberg committed to Ohio State privately the night before Urban Meyer’s announcement was made. He still decided there was nowhere else he wanted to be and that’s an incredibly powerful sentiment.

For a kid from Ohio, who grew up loving the Buckeyes, the chance to put on the Scarlet and Gray uniform meant more to Eichenberg than just the chance to play for Urban Meyer.

Like Tyvis Powell, Josh Perry, Pat Elflein and others who committed following Jim Tressel’s “resignation” in 2011, Eichenberg will become a legend at Ohio State even if he never makes a real impact on the football field.