A 6-foot-2, 160-pound wide receiver, Jameson Williams is the nation’s No. 24th-ranked wideout per the 247Sports.com composite rankings and Missouri’s third-ranked prospect in the Class of 2019.

Williams is a track star for the Lions, and broke Ezekiel Elliott’s state record in Missouri in the 300-meter dash. He’s been clocked as fast as 10.54 in the 100-meter sprint, an absolutely blistering mark.

Williams picked Ohio State over Bama, UCLA, Oregon, Nebraska and more than 40 other schools. He’s one of the most offered prospects in the entire country in the 2019 cycle with 46 listed offers to his name.

As you’d expect from a national-championship level sprinter, the thing that Williams brings in spades is speed, and he’s got plenty of it to spare.

However, he’s also got a long frame that will easily add weight when he gets into a college program and there’s no doubt he’ll get stronger and ready for the rigors of the college game.

Ohio State has not had a player with Williams’ level of speed since Ted Ginn, Jr.

When you have a player like Williams, there are a lot of different ways to utilize him and Ohio State could give him an early crack at playing time on special teams, in the return game, but depth chart opportunities in Columbus will allow him the chance to contribute on offense as well.

To do that, though, Williams will definitely need to put on weight and improve his overall strength. The physicality of the Big Ten is going to be an eye-opener.

"Ever since the process started, when I pick his brain about his top schools, Ohio State has always been mentioned." 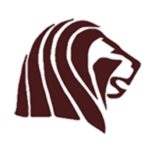 Ohio State has – a number of times in recent years – opted for the best track guy that they could find and hope to develop them into a wide receiver, rather than finding the best wide receivers and working on increasing their speed. The rationale for that is simple, of course: speed can’t really be taught.

Williams best trait may be his speed, but he’s not short on natural abilities as a wideout, either. He averaged more than 30 yards per catch as a junior, a ridiculous number, and scored a touchdown more than half of the time he touched the football.

With a number of key losses coming at wide receiver, Ohio State simply had to find the best group of players to replace them that it could and with Garrett Wilson and now Williams, the Buckeyes have two of the country’s top 25 receivers committed. It’s a good start for new receivers coach Brian Hartline and the Buckeyes would certainly like to add another name or two to this group.

With Williams, they have landed a player that could have the most potential of all of them. He’s skinny, but the weight will come naturally when he gets to campus and learns how to eat and train, and when that happens, combined with his 10.5 speed? You’ve got all the makings of a special talent.