Cormontae Hamilton is America’s 29th-ranked tight end and a 3-star prospect according to the 247Sports.com composite rankings.

You’ll no doubt think that Hamilton’s size makes him less-than-ideal to be a typical, end of the line tight end, but his athletic ability and strength at the point of attack will prove you wrong.

Hamilton is not a burner, but he’s fast enough to cause problems for linebackers and too strong for the average defensive back, making him a unique threat on offense. He excels as a pass-catcher and is dynamic with the football in his hands.

For Hamilton, the biggest area of improvement right now is to just get stronger and to continue working on his speed. He’s bigger than most of his current competition but he’ll need to dive into a college weight program to make an impact at the next level. I don’t see that being an issue for him, as he’s an extremely hard working and humble young man.

When we look at Hamilton, we see a Noah Brown-esque athlete at wide receiver and tight end, though he’s got a little more weight on him than Brown ever carried at Ohio State.

Hamilton’s role is likely to change throughout the course of his career, but he has the flexibility and athleticism to line up in the slot, at h-back in the backfield or on the line as a typical tight end.

“The kid is humble. The kid works hard. The kid is dynamic. He has some of the best hands in the country. He’s a wide receiver trapped in a big old body.” 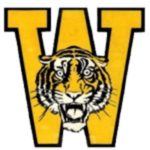 Before jumping to any conclusions about Cormontae Hamilton’s ability to play tight end in college at 6-foot-2 and 255-pounds, watch his highlight tape.

This kid can play.

Ohio State first identified Hamilton in early 2018 and tight ends coach Kevin Wilson made sure he and his coach — Michigan graduate Rodney Saulsberry — knew he’d be back. That early commitment to Hamilton is one of the reasons why the Memphis standout was willing to go to such great lengths to prove his commitment and desire to be a Buckeye.

In the years I’ve covered recruiting I can not ever remember a story as impressive as the one Hamilton told me about his visit to Ohio State in June of 2018. He was so desperate to make a visit with the Buckeyes for Friday Night Lights that, when his mother was forced to work and had to cancel her plans of driving him to Columbus, he took a Greyhound bus from Memphis to get there.

It’s an 18-hour roundtrip and $300 out of his pocket to come and prove he deserved an Ohio State offer. There’s nothing that the Buckeyes coaching staff cares more about than a player’s passion for the game and Hamilton went to lengths greater than any player I’ve ever seen to show that to them.

Whatever your opinion of Hamilton’s talent, he’s a player that is going to bust his back for Ohio State in the future. That’s going to make him a fan favorite for years to come.