The country’s No. 5-ranked wide receiver and a Dublin, Ohio native, Garrett Wilson is now an Austin, Texas resident and Buckeyes highest-ranked 2019 commitment.

A 6-foot-1, 180-pound wide receiver and defensive back at fabled Lake Travis High School, Wilson committed to Ohio State in late April, choosing to go home rather than staying home when picked the Buckeyes over the Texas Longhorns.

As a junior, Wilson exploded on to the national recruiting scene as he hauled in 98 catches – 26 for touchdown – and almost 1800 yards, with most of the passes coming from current Buckeyes freshman quarterback Matthew Baldwin.

Wilson is a top-tier talent because he possesses abnormal levels of raw athleticism.

A phenomenal “go up and get it” receiver, Wilson is special with the ball in the air thanks to remarkable body control and strong hands.

He’s not going to be the fastest guy on the Buckeyes roster, but I think it’s a fair comparison to suggest Wilson could remind Ohio State fans of K.J. Hill, only a touch faster and more athletic with the football.

The Ohio State roster will have one glaring hole in it by the time the 2019 season rolls around and it will be at wide receiver.

Johnnie Dixon, Parris Campbell, and Terry McLaurin will all have moved on, and it’s likely that KJ Hill will do the same.

That means a door will be wide open for Wilson, who intends to enroll early for the Buckeyes in an attempt to bust through the depth chart.

“He can do things with his abilities that are just amazing, but I love the way he competes and his willingness to jump in and help wherever he can. That’s awesome, and that spills over to the rest of our guys.” 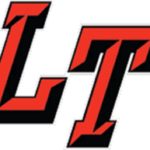 As Brian Hartline’s “Zone 6” gets ready to completely turn over, there may not be a single more important commitment for Ohio State right now than Garrett Wilson.

Throw in the fact that the Buckeyes had to go toe-to-toe with Texas – a program right down the street from Wilson’s high school – and did so successfully, and the commitment gets a little bigger.

Because Ohio State is eager to continue its recent success in The Lone State State and landing a player of Wilson’s stature, as well as a player of Wilson’s affable, easy-going personality, can go a long way in maintaining its “cool school” reputation in a state where Tom Herman and now Jimbo Fisher are working double time to eradicate that notion.

Yes, Wilson is originally from Dublin, Ohio and because of that sting is lessened a bit for Texas, but make no mistake, he was a player Ohio State had to have in 2019 and after the Buckeyes offered in December, they made sure they got him thanks to Brian Hartline, Ryan Day,  Urban Meyer and the rest of their coaching staff