Dwan Mathis is Michigan’s sixth-ranked prospect in the Class of 2019 and the country’s ninth-best pro-style quarterback.

Originally committed to Iowa State, Ohio State first noticed Mathis in June of 2017, but waited until May of 2018 – when Mathis was committed to Michigan State – to offer.

Following an official visit to Ohio State in June, Mathis flipped his commitment to the Buckeyes.

Mathis has all the tools to be a big-time quarterback, though he’s a little inconsistent at times throwing the ball right now.

The first thing you notice on tape with Mathis is his size. He’s a legit 6-foot-4 and at 200 pounds he looks skinny, but he’s not frail. There’s a lot of room and time to fill out. His arm strength is what first caught the Buckeyes attention last year, and he can really zip it. The accuracy questions are what he’ll need to answer, but that’s pretty much the case with every young quarterback.

He’s not the most mobile quarterback in the country, but Mathis moves well enough and is solid in the pocket. He’s not a statue.

When he’s on, this is a kid that could be a Top 5 quarterback nationally. When he’s off though, he’s off and that’s what Ryan Day and Ohio State are going to have to fix.

The Buckeyes should have Dwayne Haskins, Tate Martell and Matthew Baldwin all competing for playing time in 2019, so the hope is that Mathis gets a chance to come into the program and redshirt. That’s the preferred path for every quarterback and is certainly the goal for a player that has a lot of unrefined talent like Mathis.

Style-wise, he’s much more comparable to Haskins than he is Martell, so he’s not a player that should expect to see on the field until he’s ready to take over the reins completely. 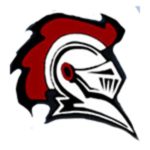 Over and over, if you’ve followed me or recruiting, you’ve heard this said:

“Recruiting is about relationships.”

Relationships are why Ohio State didn’t offer Dwan Mathis a year ago after two solid camp performances in Columbus and relationships are why he flipped from a top Buckeyes rival just about 7 weeks after getting the offer he waited nearly a year for.

Ohio State doesn’t rush in recruiting and Mathis – unlike a lot of prospects – didn’t take the perceived “delay” in offering as a slight. He recognized why the Buckeyes hadn’t offered and focused on himself. When the offer came, it was a result of a relationship that had fully formed. From there, it was just a matter of time until he was on campus and allowing himself to consider choosing Ohio State.

Ultimately, that decision was reached because of the truth Mathis has in Ryan Day’s ability to develop him for the next level but also the general knowledge that Ohio State is a program that wins games and if, in the event Day moves on to a bigger job opportunity, Urban Meyer will have another great coach waiting in the wings. If you’re in the Midwest, and want to win a lot of college football games and get developed for the NFL, there’s no better place to do it than in Columbus.

Mathis can win a lot of games for the Buckeyes as their quarterback, too. He’s a perfect fit for Ohio State’s evolving offense. He’s big, he’s mobile and he excels in the vertical passing game.

Off the field, though, I think is where Mathis will have the most impact on the 2019 class. His verbal probably means the Buckeyes are done recruiting at quarterback in this cycle, but where they need the most help – the offensive line and at wide receiver – is where he can contribute as a vocal leader of the class. Mathis is from Belleville, Michigan, and that’s the home of 5-star offensive lineman Devontae Dobbs, and he plays at Oak Park, where 2020 offensive lineman Justin Rogers – who loves the Buckeyes – plays. Mathis will be a regular point of contact for Ohio State targets at wide receiver and along the offensive line and he’s a very well-liked kid inside the state of Michigan, which has become an area of great importance for the Buckeyes recruiting staff.

After months of unrest at quarterback, Ohio State has its guy and can now focus on really turning up the heat on 2019.