A target that Ohio State identified early in his recruiting process, Doug Nester is the country’s No. 92-ranked overall prospect in the Class of 2019.

With offers from Alabama, Oregon, Florida among his 20 total opportunities, the big-bodied – he checks in at almost 6-feet-6 inches and 300 pounds, Nester has all the tools to be a special player in Columbus.

Doug was selected to participate in Nike’s The Opening Finals, which took place in Dallas in early July.

Nester’s high school is an offensive-line driven program and because of that, combined with his national prominence, it’s only natural that he’s turned into a leader on the field and in the locker room for the Timberwolves.

“He’s embraced his role as a leader on the team and sets a great example by being a good person,” Spring Valley assistant coach Tim George said when Nester committed to the Buckeyes. “He’s been raised the right way. Now he can focus on the season and get back to being a normal high school kid.”

The Spring Valley offense is a run-heavy set that has given Nester a chance to excel as a run blocker, and that is why – despite his tackle frame – you could see him turn into a guard at the collegiate level.

It’s never easy for an offensive lineman to come into the college game and fight for early playing time, but Nester’s footwork and frame make him a candidate to do that for the Buckeyes in 2019 as Ohio State looks for new leaders to step up among The Slobs.

“Doug will not visit Michigan. He won’t even mention it. They’ve called about 10 times. He won’t return their phone calls. He said if they offer he wouldn’t even tweet it out.” 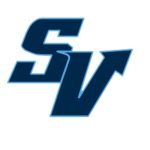 Outside of the quarterback position, it can be argued that no spot on the field is as important in recruiting as the offensive line and the Buckeyes got their 2019 recruiting class off to a great start by locking in Doug Nester in August of 2017.

Nester is a highly-touted prospect – as his No. 92 overall ranking would indicate – and some of that is just because of his tremendous frame and footwork, but make no mistake, he’s a worker. He came to Ohio State three times in five months after he landed the Buckeyes offer and worked to get better at two different camps with Ohio State, all the while making sure that the relationships were right for him.

Like most offensive linemen, Nester is smart, calculating and quiet, but he’s a lead-by-example type of kid on the field and has been a steady force for the Buckeyes as a recruiter since kickstarting the class of 2019 last August.

There’s no doubt that he will need to continue working on pass-protection, but there’s nothing in Nester’s makeup that would suggest he shouldn’t develop into an All Big-Ten level player down the road.