One of Ohio’s top offensive lineman in a loaded 2019 class, Ryan Jacoby is a 6-foot-5, 270-pound tackle for one of the state’s premier programs, the Mentor Cardinals.

Jacoby’s strength is in his technique. He’s got excellent balance and uses his hands well, especially in pass-protection, which is rare for a young player at tackle. He’s got above-average upper-body strength and leverages himself well despite being a touch undersized at just 270 pounds.

Ohio State’s coaching staff values versatility with all its recruits but perhaps nowhere more than along the offensive line and Jacoby could be a valuable asset at tackle or on the interior of the line.

Jacoby has all the mental traits of a future Buckeyes captain.

That said, it’s unreasonable to expect all lineman to dominate as soon as they arrive on campus, so setting a realistic path – one that likely includes a redshirt year – is in the best interest of most linemen, and Jacoby falls into that category.

“One thing is his size. Two, it’s just his general toughness. He does things a lot of kids don’t for some reason. He’s a complete offensive lineman.” 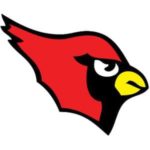 If you’re looking for an indicator that offensive line recruiting is a priority for the Buckeyes in 2019, look no further than Ryan Jacoby. The Ohio State coaching staff is reluctant to offer most in-state lineman without a chance to see them personally a summer camp before their senior season, but Jacoby’s game tape, his already college-ready body and his mental makeup were enough of a reason for Urban Meyer and Greg Studrawa to pull the trigger on an offer early.

By the time Ryan gets to camps with the Buckeyes, he should be close to 300 pounds and physically stronger than he is now, and I think when you watch his tape you can see the makings of a really good Big Ten lineman, and the rigors of playing at a high school program like Mentor will only help prepare him for what it will take to be successful at Ohio State.

The Buckeyes should look to take five offensive linemen in 2019 and the flexibility of Jacoby means that they’ve got a little bit of wiggle room as they look to fill out the class. Ohio State will be able to make a determination as to exactly what role he’ll need to fill when the 2019 group is signed, sealed and delivered.

Bottom line? If you like big, physical offensive linemen from Northeast Ohio, Ryan Jacoby is a player you’re going to like seeing suited up in the Scarlet and Gray.