A talented defensive back prospect from Fort Lauderdale (Fla.) powerhouse St. Thomas Aquinas, Jordan Battle is the country’s No. 12-ranked safety prospect in the Class of 2019.

Battle is 6-foot-2, 187 pounds and chose the Buckeyes over his hometown Miami Hurricanes, Florida, Georgia, Clemson and a host of the country’s premier college football programs.

Battle is a big, versatile defensive back capable of playing any position in the secondary. He’s got the size to cover tight ends from the safety position and speed (4.57) to play wide receivers at cornerback.

As with most Florida defensive backs, Battle is big on personality and his time at St. Thomas will prepare him mentally for the challenges of playing at a program like Ohio State.

Ohio State doesn’t like to redshirt defensive backs – especially ones with the size and speed and skill set that Battle has – so there’s a reasonable expectation for him to get playing time as a freshman in Columbus. The NCAA’s new 4-game redshirt rule certainly expands the opportunities for him to make an impact.

Battle will continue to grow and get stronger, but as with most defensive backs, the adjustment will come in the weight room and when he gets lined up against similar talents to himself.

With Damon Arnette and Kendall Sheffield leaving the program after 2018, young defensive backs will have to step up and Battle is a player that could benefit from that opportunity.

"His last name, 'Battle,' fits his attitude and mentality. He is the complete defensive back package." 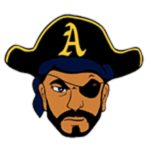 Every so often there’s a player out there that just – for whatever reason – loves Ohio State and Jordan Battle is one of those guys in this recruiting cycle.

Since he landed his Buckeyes offer in February, the belief across South Florida was that Battle would eventually commit to Ohio State, and he didn’t let the opportunity pass him by.

Ohio State wasn’t going to let the chance to land another top-rated player from one of the country’s best football programs pass them by, either, and that’s why Battle is now a member of the Buckeyes 2019 group.

As a player, there’s a lot to like, though it’s not clear-cut at this point exactly where Battle fits into the defense. There are discussions about him at safety or at cornerback, as there are with Bryson Shaw, so ultimately how they shake out on the depth chart will be determined by how they grow in the next year.

Any time you can go into Florida and beat Southern schools for a top recruit, it’s a win, but that’s especially true right now with Miami and Florida both surging and Florida State’s consistent impact in the state. This is a big win for the Buckeyes and a kid that is extremely talented.