If you look closely at the Buckeyes 2019 commitments and the guys that have come before them in the 2016, 2017 and 2018 classes, you start to see a pattern: Ohio State definitely has a type. Hickman is the type of safety Buckeyes fans have become accustomed to in recent memory.

Big, physical, rangy and swift, Hickman is a Jordan Fuller-esque defensive back, solid in pass coverage and willing to step up and support the run game.

Smart, aggressive, and reliable: that’s what Ronnie “The Rocket” Hickman brings to the future of the Ohio State defense.

Ohio State has become “DBU” in recent years and after the 2018 season, there will no doubt be more roster attrition, whether it be as a result of the NFL Draft or transfers, etc.

Because of that, defensive backs brought into the program have been playing far more regularly in their freshmen seasons than other positions have. It’s reasonable to expect Hickman will see special teams at the least and perhaps more time as the Buckeyes look for the next group of superstars in the secondary.

"When we need a big play, he comes through for us. He’s going to continually keep getting better because he’s a hard worker." 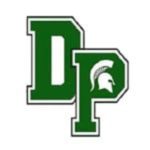 Once more, versatility is the name of the game with the Buckeyes recruiting and Ronnie “The Rocket” Hickman is a perfect illustration of Ohio State’s constant pursuit of talented athletes, not necessarily the most polished players at a specific position.

Hickman’s size – he’s listed some places at 6-foot-tall, others have him as tall as 6-foot-3 and 200-plus pounds – makes him exactly what the Buckeyes have been looking for at safety but his abilities with the football in his hands allow them a chance to give him a look on offense if needed.

I don’t think that will be needed, because when you watch Hickman you see a top-tier defensive back prospect and that’s much harder to find than a shake-and-bake wide receiver.

The biggest impact made by Hickman’s commitment is that once more Ohio State has shown that talent-rich New Jersey, despite Michigan’s push into the Garden State and Penn State’s continued success there, is still a fertile recruiting ground for the Buckeyes.