Cade Stover is the fihth-ranked outside linebacker in the Class of 2019.

The 6-foot-4. 225-pound prospect from Lexington, Ohio is the state’s third-best prospect according to 247Sports.com.

Also a talented basketball player. Stover is Lexington’s all-time leading scorer on the hardwood. He averaged 18 points and 13 rebounds per contest as a junior.

Stover is a prototypical Ohio linebacker in the mold of Bobby Carpenter, James Laurinaitis and others.

A versatile player who has played all over the field for the Minutemen in high school, Stover initially burst onto the national recruiting scene as a defensive end but has developed into a top-tier prospect at linebacker because of his rare combination of size and speed.

Stover is a player you should expect to see on the field early in his career, with special teams’ opportunities and Ohio State’s linebacker depth both being a factor.

Expected to enroll early for the Buckeyes, Stover will be one of the faces of this 2019 recruiting class and a player who will bring a tireless work ethic to Columbus, and that should earn him a spot as a fan-favorite for years to come.

"He wakes up, he goes to work (on the farm), comes to practice ... where he has fun, and then he goes back to work. 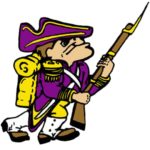 Cade Stover’s commitment was not a surprise by any measure, but that doesn’t mean it wasn’t a vital piece of the 2019 puzzle for Urban Meyer and the Buckeyes.

As Meyer, Mark Pantoni and the Ohio State coaching staff continue to pound the pavement nationally, locking up in-state gems like Stover early provide an important platform for a class to be built on. Stover is an active recruiter among his peers and will be a regular at all Ohio State games, camps and recruiting events in an attempt to cement another top-ranked Big Ten class.

On the field, Stover is continuing his development as a linebacker, but the natural tools to be a star at the position are already in place.