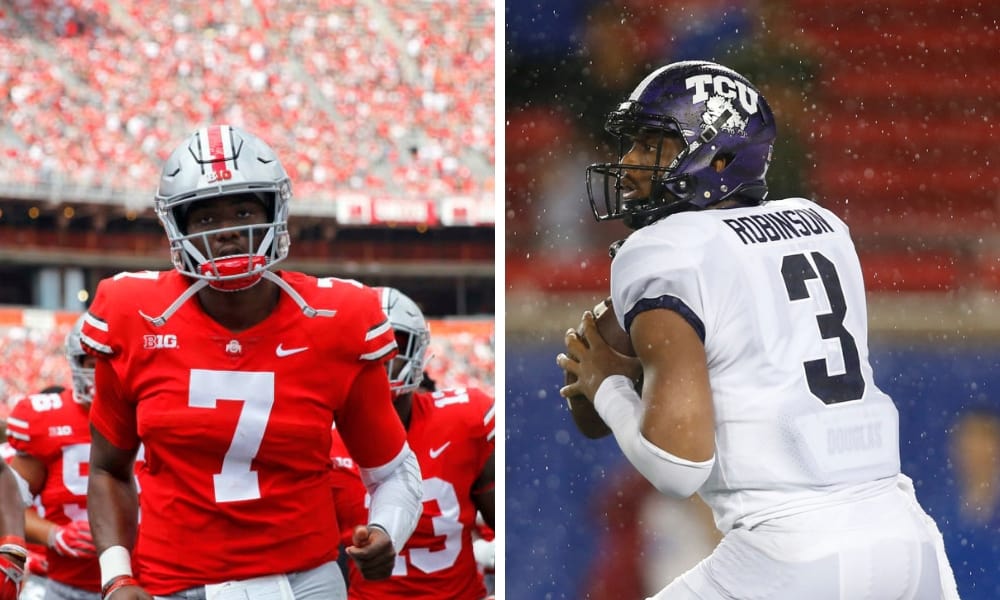 College Gameday will be on TCU's campus Saturday for the Horned Frogs' matchup with Ohio State in Dallas. (Birm/Lettermen Row and Tim Heitman-USA TODAY Sports)

After another 3-3 week, I’ve got a great feeling that we’re actually going to make some cash in Week Three. It’s just taken me a couple of weeks to get back into the swing of things. It was a long offseason, you know?

That’s what I’m telling myself, anyway.

No point in delaying this any longer. Let’s jump into the college football picks.

The Pick: We’ll begin this week with the game everyone has been talking about. There have been months of hype leading up to this matchup, and I’m so glad it’s finally here.

Rutgers at Kansas, baby! Nothing else needs to be said.

I’m irrationally excited to witness this glorious mess, and because it’s going to be such a spectacle, we opted to include it in our picks this week. I may have to get checked by a doctor after this, but for the second consecutive week I am putting my money on Rutgers. I need a shower.

The Pick: Against my better judgement, I picked LSU in Week 1 when it was an underdog against Miami to win straight up. The Tigers delivered for me with an emphatic victory.

I think going on the road at Auburn is a bit more difficult, though, and I’m worried about the LSU offensive line against that nasty Auburn front. I’m going to lay the points here and take the home team.

The Pick: This game feels like it could be a ton of fun. I hope the final score ends up 68-66. Hell, it very well could.

Neither team has really been tested thus far, and Vegas views these two sides as relative equals with the line being where it is in favor of the home team. I’d probably stay very far away from this game because it feels like it could be weird. But if I had to choose I’d lay the points and take the Cowboys.

No. 1 Alabama at Ole Miss

The Pick: I’m picking Alabama every week until I’m given a reason not to. Roll Tide.

The Pick:  Ah, yes, we’ve arrived at the annual These Teams Should Be Better Than They Actually Are Bowl. USC travels to Texas for a matchup between storied programs who appear to have very average teams this year.

Tom Herman usually has his team pretty well prepared for big games, but I haven’t seen anything from Texas this year that would make me feel comfortable picking it. Then again, I could say the same thing for USC.

I guess, when in doubt, take the points.

The Pick:  Well, it’s finally here. A real test for an Ohio State team that has looked as impressive as any team in the country through the first two weeks of the season.

But while this is certainly a step up in competition for the Buckeyes, I don’t really have much hesitation to lay the points here. Ohio State is rolling right now and I think it wins this game by at least two touchdowns. TCU is good. Ohio State is better. 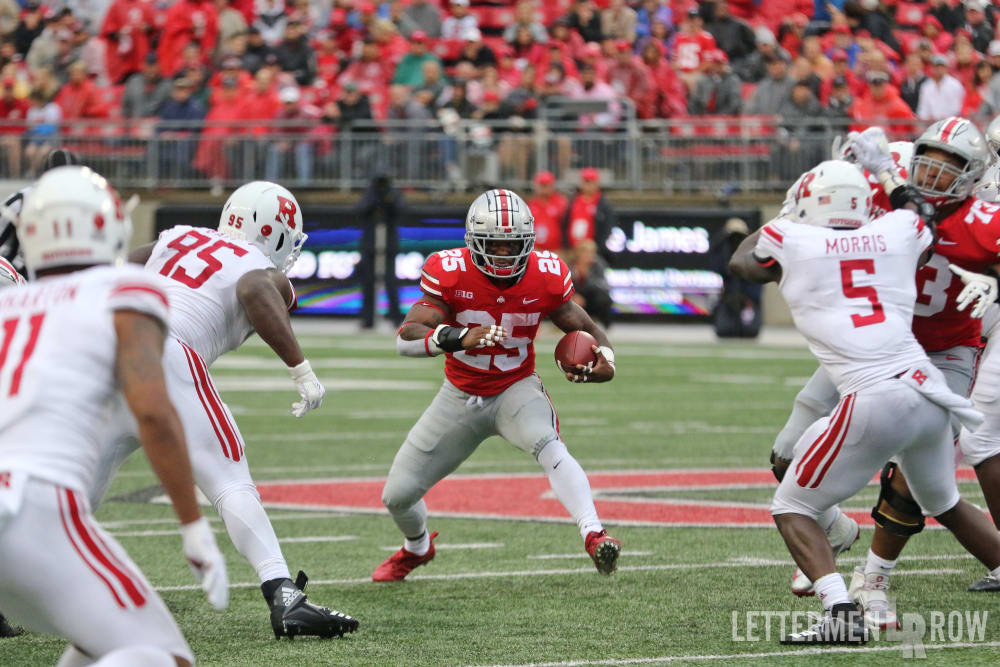 Could Mike Weber have another big game and help Ohio State in this week’s college football picks? (Birm/Lettermen Row)