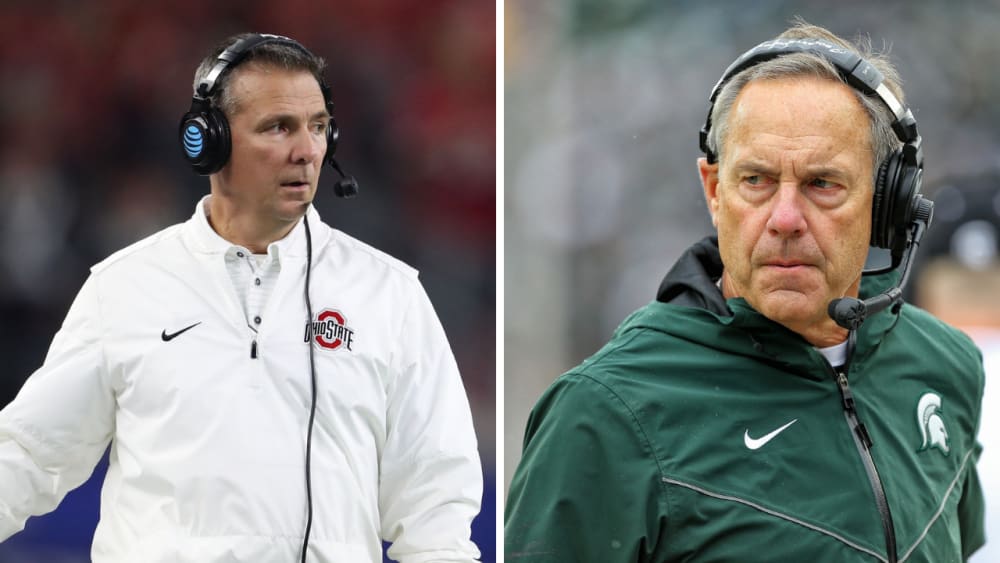 Can Ohio State run the ball on the nation's No. 1 run defense? (Matthew Emmons/Mike Carter/USA Today)

I’m going to start this week’s column (and I should probably do this every week based on how this season is going, to be honest) by laughing at myself. I thought Kentucky would keep it relatively close against Georgia. I thought similar things about LSU against Alabama.

OK, now that we’ve got that out of the way I’m ready to dive into this week’s selections. I can’t believe it’s Week 11 already. It seems like just yesterday we were all itching for the season to begin.

The overall slate this week is kind of meh. There aren’t a ton of marquee matchups but certainly a few intriguing ones. These usually make for the best college football weekends.

No. 16 Mississippi State at No. 1 Alabama

The Pick: lol Roll Tide. How’s that for #analysis?

The Pick: Why is Auburn ranked? I’m very confused. Alas, if it wasn’t, we would not be picking this game. But because of the committee’s decision to rank a not-so-good team, the Tigers travel to Athens, Ga., for a “top-25” matchup this weekend.

Georgia’s domination of Kentucky last week was impressive, and I think the Dawgs are still one of the top six or seven teams in the country even though they aren’t as good as they were a year ago. I don’t think Auburn is very good, so I’ll take Georgia to keep on rolling all the way until the SEC championship game.

The Pick: This is a big, big number for a game featuring two teams ranked in the committee’s top 20 — especially with Boston College being at home. You’re getting almost three touchdowns at home! It’s really hard to pass that up.

However, I think BC’s only chance here is to try and pound the rock with A.J. Dillon to bleed the clock and keep the Clemson offense off the field. The only problem? The Tigers lead the country allowing just 2.2 yards per carry.

I certainly don’t love giving up nearly three touchdowns on the road against a good team, but it feels like Clemson is clicking on all cylinders right now so I’ll take the Tigers.

Wisconsin at No. 20 Penn State

The Pick: Penn State was absolutely throttled last week, and that surprised me a bit. I’m interested to see how the Nittany Lions respond the rest of the way. Ohio State sure could be helped by Penn State running the table.

I don’t have a lot of faith in either of these teams, to be honest, which makes picking this game very difficult. I feel like Penn State will win, but will it cover a spread that’s pretty large? Wisconsin is just 2-7 against the spread this year, so I don’t have much confidence in saying it will cover, but I’m going to take the points.

Sidenote: I can’t believe I’m saying this but if Alex Hornibrook does not play I reserve the right to change my pick!

Northwestern at No. 21 Iowa

The Pick: Let me get this straight: Iowa is a 10.5-point favorite over the team that is (likely) going to win the Big Ten West? Man, this jumps out to me as a big, big number for a game like this one.

Both teams coming off losses and playing at Kinnick Stadium, this game screams weird to me. Truth be told, I’d run as far, far away from this one as you can. It’s going to be, well, an Iowa-Northwestern game.

With that said, we have to make a pick here, and I guess I shall take Northwestern plus the points.

The Pick: Fortunately, I bet on Purdue a couple of weeks back but if you’ve been putting money on Ohio State to cover over the last month-plus, you’ve hit a bit of a cold streak here. The Buckeyes haven’t covered a spread since their matchup against Tulane. That’s 0 for the last 5 for those counting at home.

I keep waiting for Ohio State to turn it on, but I’m just not sure it’s coming. However, this is just the second time this season the Buckeyes are *only* favored by single digits.

If Ohio State is able to run the ball this game will not be close. That’s a big if, though, as Michigan State ranks No. 1 nationally in total run defense (71.7 ypg.) and No. 3 nationally in yards per carry (2.5). The Buckeyes may have figured some stuff out last week schematically that I think could help them but will it work against Michigan State?

Because I think Ohio State will win this game, I’m going to lay the points here too. The spread is fairly small, but if it were larger I’d probably go the other way. I don’t have much confidence in the Buckeyes to cover a spread right now, but that’s the way I’m going.