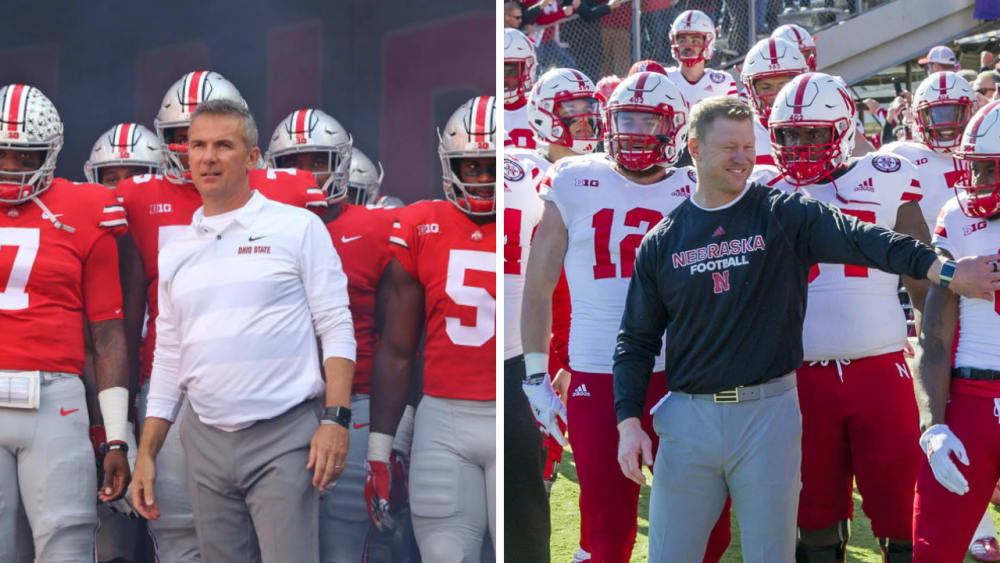 How in the hell is it already November? It feels like just yesterday we were gearing up for the season to start.

I actually wish we could rewind to that day. I actually had money back then. I hadn’t picked any games incorrectly as of late August.

A late Washington State comeback caused me a losing week. I went 2-3-1 against the spread a week ago. But this is the week I get back to my winning ways!

We’ve got a great slate on tap this weekend, so let’s jump right in.

The Pick: It pains me to say this but Texas is no longer back, folks. The Longhorns’ defense got lit up last weekend at Oklahoama State, and Texas lost its second game of the season. Meanwhile, West Virginia has looked really good all season outside of its flop against Iowa State. The Mountaineers have a prolific offense and can score on just about anybody.

Texas being fresh off a loss and coming back home should give Tom Herman’s team a jolt of energy, but I feel WVU is a slightly better team and is getting the points, so I’ll take the Mountaineers here.

The Pick: I’ll be honest: I didn’t see this season coming from Kentucky. I don’t think anybody did, really. I’m still not sure exactly how good the Wildcats are but they just keep winning games so they’ve got something good going on.

This is definitely a step up, however. The Dawgs are one of the best teams in the country.

Kentucky has a really good defense and Georgia’s offensive line is a bit shaky. The Wildcats can also run the ball with the best of them and the Bulldogs’ front seven isn’t nearly what it was a year ago. I’d really love the extra half-point here, but Kentucky playing at home plus the 9.5 is the play for me. I think Georgia wins but Kentucky keeps it close.

The Pick: Alabama is a 14.5-point favorite on the road over the team currently ranked No. 3 in the College Football Playoff rankings. Say that out loud. It’s pretty wild to think about.

Look, it’s hard to diminish anything the Tide has done this season. They’ve been dominant and are clearly the No. 1 team in the country right now. However, they haven’t played a single team with a defense that ranks inside the top-90 (!!!) in yards per play allowed. Part of that is because each of these teams has obviously played against Alabama, but they’ve also had six or seven other games to get that average down.

The best defense in terms of yards per play allowed Alabama has faced so far is Missouri (No. 90, 5.89 ypp.). LSU currently ranks 24th (4.79 ypp.). That doesn’t mean the Tide can’t score on good teams, it just means they haven’t faced one yet.

Alabama is the better team but it is due to play a close game at some point, right? If it doesn’t happen on the road against a great defense at night, it probably won’t this season. I think the Tide wins but I’ll take the 14.5 points here for the Tigers.

No. 4 Notre Dame at Northwestern

The Pick: This is it. This is the week Notre Dame goes down. Northwestern wins outright.

(Disclaimer: I’ve picked against Notre Dame like four times this year and been wrong every time)

The Pick: Penn State had a really good win last week in a game I thought could turn its season south had it lost. The Nittany Lions are certainly good enough to win this game.

I just think Michigan is playing too well right now — and it is at home. Trace McSorley’s knee is also a big question mark in this one. This spread, however, seems awfully high to me so I’m going to say Michigan wins but Penn State covers.

Nebraska at No. 10 Ohio State

The Pick: It seems like it has been months since Ohio State has played a game. The last time the Buckeyes were on the field was that debacle in West Lafayette.

This line has somewhat plummeted all week, opening at 22.5 and now all the way down to 18. The money keeps flowing in on the Huskers.

Nebraska is somewhat clicking on offense now and Ohio State’s defense has been very leaky all season. I expect the Huskers to score some. I think the Buckeyes score a lot more, though, and cover this rather easily.