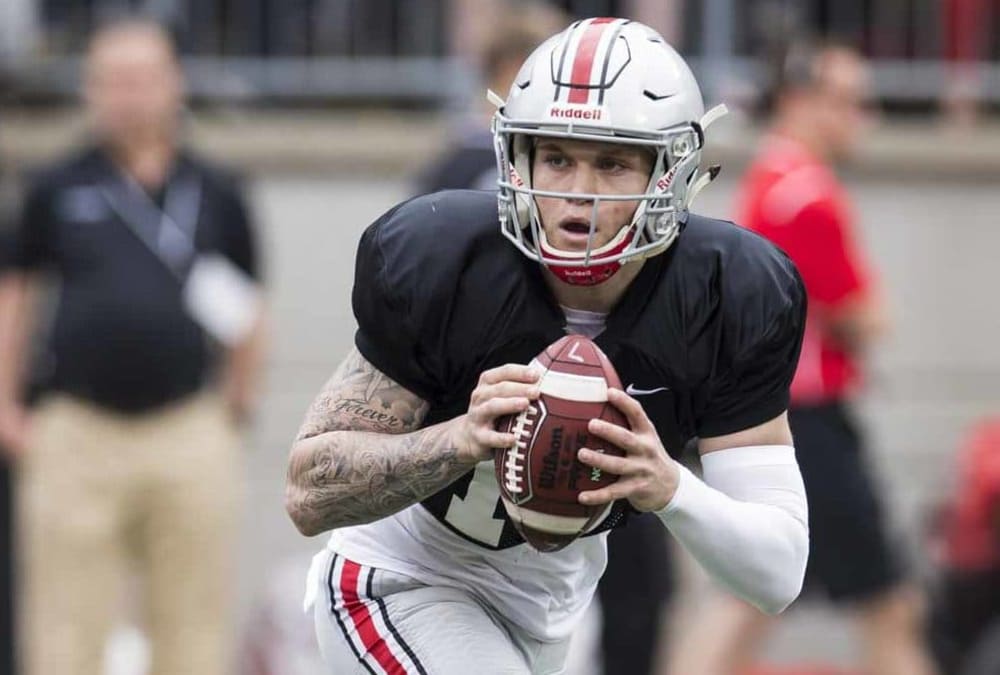 It’s so good to see you again after a short hiatus from the Ohio State sports world. I know that there were some of you disappointed by my decision to venture outside of the Scarlet and Gray skies of Buckeye Country, and despite things not turning out how I’d planned, I wouldn’t be here today helping launch Lettermen Row without the twists and turns of the last few months.

It’s been a topsy-turvy ride, and rather unpleasant for sure. Let’s not do that again, OK?

Today marks the launch of Lettermen Row, a site that I believe will change how the average Buckeyes fan interacts with the team that they love, and I’m extremely excited to be a part of it.

This site is for Ohio State fans, players, parents and more. There will be times we’ll be called homers, and there will be times we’re told we’re too negative for not spreading only sunshine and lollipops. Both of those things are perfectly fine, and we’ve all dealt with that before at our previous stops.

We will be the home for the Lounge-Chair Coordinators as well as the Recliner Recruitniks. And we will do it with integrity, honesty in reporting and by listening to the people who matter the most — our audience.

This space will be different, and not just because it’s a new URL for you to bookmark. (You should do it now. Just hit control+D on your Windows device or command+D on your Mac.) The main reason? We’re not really trying to compete with the gaggle of great Ohio State sites out there. We know the folks at Eleven Warriors, Bucknuts, the O-Zone, Buckeye Grove, Cleveland.com and more, and we know they do a great job with what they do. We aren’t yet – and likely won’t be for a long time – the well-oiled machine that is 11W, or the multi-tentacled network that is Bucknuts.  I’ll never be as funny as Gerd, as well-versed in movie lore as Marc Givler, or as handsome as Dolla’ B – Bill Landis – and that’s OK.

We appreciate and respect the place that each has carved out for itself covering Ohio State, but our hope is to build our own space outside of that area, and we hope you stick with us for the ride.

Yes, there will be some items that should bring you some comfort in their familiarity.

Once again, I’ll have recruiting notebooks five days a week, although what they will be called is still up in the air, so please don’t hesitate to hit me with suggestions. But we’re hoping to look at recruiting from a whole new perspective. How? By spending more time talking with the guys that have been through it and know what it’s like to be recruited by the Ohio State Buckeyes.

We’ll be at all the camps you’d expect us to be, as well as following Ohio State at home and on the road. We have a forum that I’ll spend a good portion of my day-to-day work on, so sign up and say hello. In short, when it comes to recruiting coverage, we’ll do all the things that I’ve done covering the Buckeyes in the last seven years, because that’s what I’ve done and what you’ve come to expect from me.

That being said, I’m just one part of Lettermen Row and I’m thrilled about what we’ve got coming your way. Sign up for our message boards and chat with me, as well as some former Buckeyes, about whatever is on your mind. Don’t need too much Birm in your life? Sign up for my recruiting newsletter, which will come to your inbox three days a week, if you’d prefer that.

Ohio State fans have a handful of truly excellent websites to read every day, and we know that to earn your trust we’ve got to be real and we’ve got to be accessible. We will be both of those things and more, and we need your help to make Lettermen Row the place to be. Tell us what you like or what you don’t like. We’re here because of you, after all.

This is Lettermen Row. You’ve got our ears and we’re looking forward to knowing what you need from us in order to earn a regular spot in your daily Buckeyes news rotation.