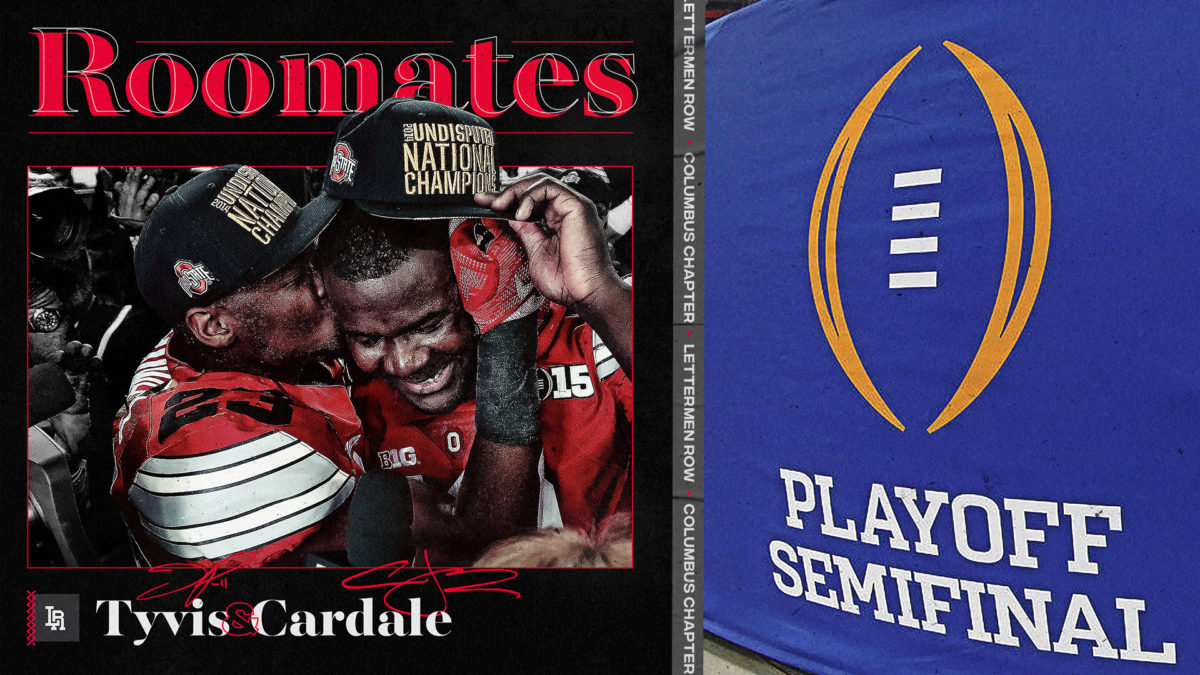 COLUMBUS — After another huge week of the Ohio State news and notes, Cardale Jones and Tyvis Powell are back for another loaded edition of Roommates.

On the show this week, the guys break down the latest on the recruiting trail for Ohio State, including how important visits are for the success of the program and the development of elite talent in college football. They talked about what it means to be recruited to the Buckeyes and share a couple of stories from when they were recruited.

Ohio State hosted eight of its 12 commitments in the class of 2022 last weekend, as well as some of the biggest remaining prospects still available. How can the Buckeyes reel some of the best players in the country in after the big weekend? Tyvis shared his thoughts.

They also made sure to talk about the College Football Playoff and rumors of expanding the system. Will the expansion work for Ohio State? The guys discuss. But that’s not all. They dove into the inequalities between the men’s NCAA sports and women’s NCAA sports. The NCAA gets many things wrong. Have they gotten anything right lately? Cardale shared his thoughts while Tyvis chipped into the conversation.

That’s just part of what makes the latest edition of Roommates with Cardale Jones and Tyvis Powell a must-listen for Buckeyes fans. They also break down the latest in the NBA playoffs, including Cardale hopping on the Brooklyn Nets bandwagon while Tyvis is riding with the Miulwaukee Bucks.

How Buckeyes will use offseason bulletin-board material